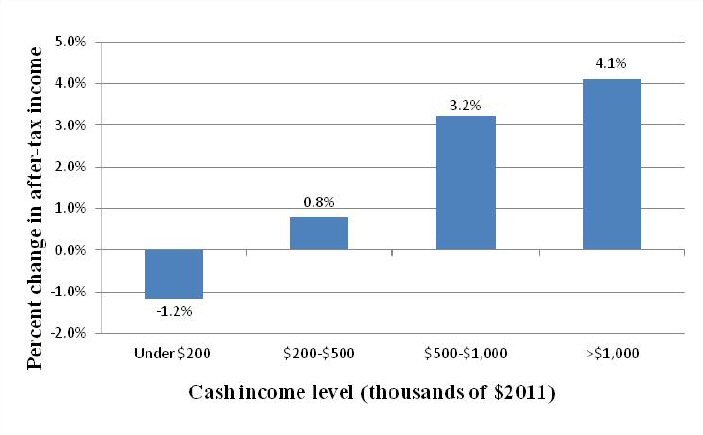 According to a new study, by the nonpartisan Tax Policy Center and the Brookings Institute, under Willard “Mitt” Romney’s tax plan, either the budget deficit completely blows up, or it’s done in a revenue-neutral manner, in which case it’s bad news for all Americans except for the wealthiest 5%:

…Because taxpayers above $200,000 as a group have received a net tax cut, revenue neutrality requires that taxpayers below $200,000-about 95 percent of the population-experience a tax increase. If this increased burden is shared equally among all households earning less than $200,000, after-tax income among individuals in this group would decrease by (on average) 1.2 percent (an average tax increase of $500 per household).

Sound appealing? Then by all means vote for Mitt Romney! But, if you’re not crazy, and if this doesn’t sound at all appealing to you (as it shouldn’t, of course), then vote Obama. This one’s a no brainer. 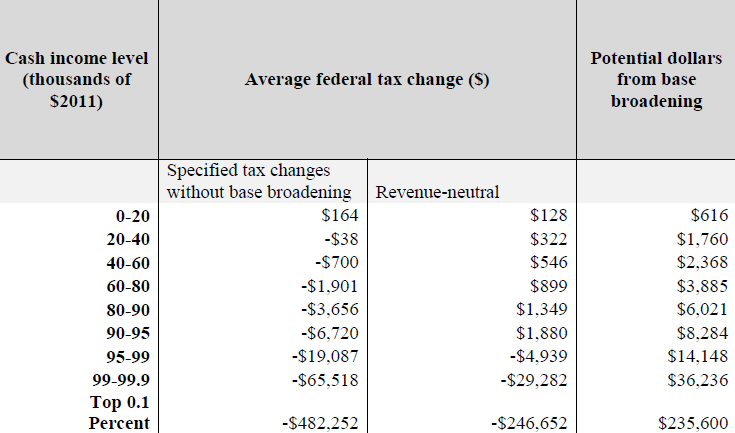