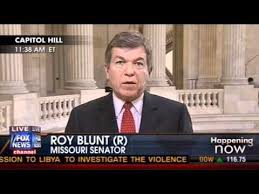 From the DPVA, yet another example of the Republican war on women's health care and reproductive freedom.

Blunt's support of Allen is understandable. After all, they both support eliminating the nation's family planning program that provides care to millions of women each year, they both support Blunt's initiative to allow employers to deny coverage for preventive care like birth control and cancer screenings in insurance plans, and both support federal personhood bills that could criminalize all abortion and jeopardize access to contraception.

One has to wonder whether George Allen will go a step further tomorrow and embrace his fellow Republican nominee for Senate, Todd Akin of “legitimate rape” fame, as Blunt has.

“Virginia women want a senator who will stand up for the right to make their own health care decisions, not one like George Allen who consistently tries to insert government or employers into choices best left to a woman and her doctor,” said State Senator Mamie Locke. “Senator Roy Blunt's DC fundraiser for George Allen might help fill his campaign war chest but it's a firm reminder to Virginia women that another term from George Allen would roll back the clock on hard fought access to affordable health care.