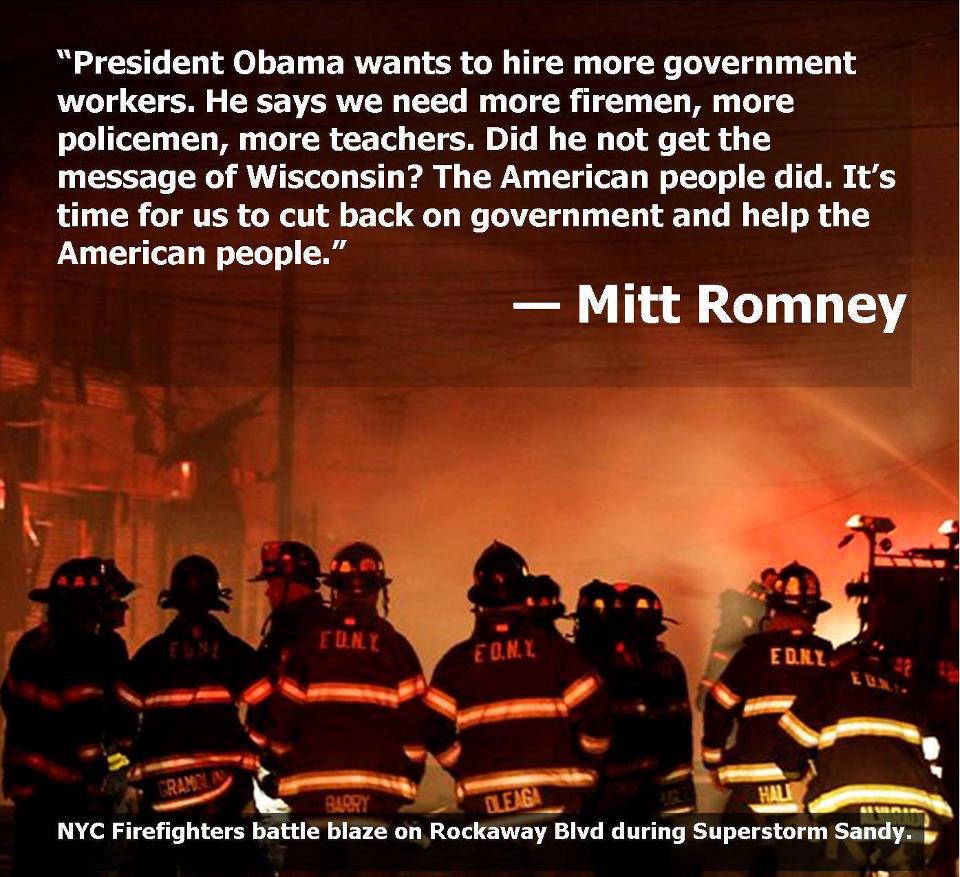 Here are a few Virginia (and national) news headlines, political and otherwise, for Wednesday, October 31. Happy Halloween! (Note: According to Dominion Virginia Power, only 20,918 customers in Virginia are now without power, out of nearly 2.5 million customers. Great job, guys!)

*Kaine for Senate (Kaine “embodies the personal decency that is a proud Virginia trait. His principles, which are quietly faith-based, preclude the meanness that nowadays poisons our politics.” In stark contrast, “No less an icon of the right than William F. Buckley Jr. rebuked Mr. Allen for his slimework against a man who helped interpret the agonies of the Vietnam grunt to an uncomprehending public–loftier work than anything George Allen wrought in six lackluster years in the Senate.”)

*Romney runs over the truth (“His new Jeep ad is just the latest attempt to mislead voters.”)

*Q Poll: Kaine Leads, But Race Narrows (“Kaine has 50 percent support in the poll, while Allen has 46 percent, with 4 percent of respondents undecided.”)

*The long reach of historic storm

*Editorial: The force of two Romneys (“Gov. Romney said states and the private sector could handle disasters, until one hit in the waning days of the campaign. Grab the Etch A Sketch.”)

*Sandy caused problems for Virginia but could have been worse

*Allen pushes jobs to carry him across finish line in Virginia (Talk about a Hail Mary pass! George Allen, who supported and/or voted for many of the policies that caused the huge budget deficits under George W. Bush, that let Wall Street run amok, etc., now has the chutzpah to claim that he knows absolutely anything about how to create jobs?!? If I had a basketfull of penalty flags, I’d throw ’em all at George Allen! LOL)

*Kaine, Allen get a little rest out of Hurricane Sandy

*Officials give early voters an extension (“Early and absentee voting will proceed Wednesday in the District, Maryland and Virginia after being disrupted by Hurricane Sandy Monday and Tuesday, and all three jurisdictions have extended voting hours to make up for time lost.”)

*Analysis: Goodlatte-Schmookler race tightening at all? (“Somebody in campaign headquarters needs to get an intern on backdating a narrative so that it looks like they took 2012 at least somewhat seriously.”)

*Chincoteague battered, damaged (“Hurricane Sandy dealt a heavy blow to Chincoteague Island, but its wild ponies were thought to be safe.”)

*Editorial: Be prepared when you vote (“Without a paper trail, even the most cautious voters must trust the machines.”)

*Mitt Romney to visit Virginia Beach on Thursday (What’s he going to lie about there, that President Obama’s shipping the sand to China? Pathological…)

*McDonnell: Virginia ‘very blessed’ that storm damage was not worse

Bills Listed as “Failed” Might Not Really Have “Failed,” But Some Really Have – and Richly Deserved to “Fail”

Sunday News: “Framers’ Worst Nightmare”; “Overwhelming” Evidence Against Trump; “No Case Has Been Stronger”; “The President’s Argument Is Very, Very Weak”; “What Did Virginia...

How can this person possibly be an elected official, let alone a State Senator?!? Just the grammar and spelling alone ("In lieu of?" "96% of the county's?) should disqualify her. https://bluevirginia.us/2020/01/sunday-news-overwhelming-evidence-against-trump-no-case-has-been-stronger-the-presidents-argument-is-very-very-weak-what-did-virginia-learn-from-charlottesville-its#comment-4763582320