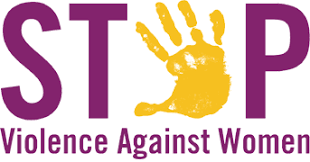 Exactly, this Republican refusal to reauthorize the Violence Against Women Act is outrageous, disgraceful, any other adjective you can come up with. And they say they’re not waging a war on women? Yeah right!

HERRING:  FAILURE TO REAUTHORIZE VIOLENCE AGAINST WOMEN ACT A ‘DISGRACE’

Leesburg – Democratic candidate for Attorney General State Senator Mark Herring (Loudoun & Fairfax) released the following statement today following the failure of the US House of Representatives to reauthorize the Violence Against Women Act (VAWA).  The reauthorization, which passed the Senate on a strong bipartisan vote, would have extended domestic violence protections to 30 million more women not covered under the original law:

“It is a disgrace that Majority Leader Eric Cantor and the Republican majority in the House of Representatives adjourned the 112th Congress by failing to even hold a vote on protecting women who are victims of domestic violence.”

Herring noted that in January of 2012, the National Association of Attorneys General sent a letter to Congress signed by 53 state and territorial Attorneys General calling on the Congress to reauthorize the Violence Against Women Act.

Virginia Attorney General Ken Cuccinelli was not among the signatories, one of only three states and territorial Attorneys General not to sign on.

“As Virginia’s Attorney General, I would not have hesitated to sign that letter.  I challenge my Republican opponents, Delegate Rob Bell and Senator Mark Obenshain, to join me in demanding that Congressman Cantor and the Republican majority in the House of Representatives reauthorize the Violence Against Women Act in the opening days of the 113th Congress.”

The letter stated in part, “Reauthorizing VAWA will send a clear message that this country does not tolerate violence against women and show Congress’ commitment to reducing domestic violence, protecting women from sexual assault and securing justice for victims.”

“Virginia deserves an Attorney General who will stand up for women and their rights and will advocate on behalf of those who are victims of domestic violence,” Herring stated. “That is what I’ve done in the state Senate, sponsoring legislation that strengthened penalties for strangulation, one of the most lethal forms of domestic violence and I proudly served on the Governor’s Domestic Violence Response and Advisory Board.”

According to the Office Of the Attorney General’s 2011 Annual Report on Domestic and Sexual Violence, in 2010, there were almost 62,000 calls to domestic and sexual violence hotlines across the state. At least 166 men, women, and children lost their lives to domestic violence, representing a 19.4% increase in family and intimate partner homicides from 2009 to 2010. A total of 6,261 adults and children received 188,982 nights of emergency or temporary shelter due to domestic violence; however, 2,571 families requesting shelter services were turned away due to lack of shelter space. Magistrates and judges issued a total of 35,846 emergency protective orders across the Commonwealth to protect the immediate health and safety of victims and their family members.

The report highlights how important the issue of domestic and sexual violence is and details the progress Virginia has made through legislation and through new initiatives. Virginia has received $4.7 million in Federal grants under the Violence Against Women Act since 2010.