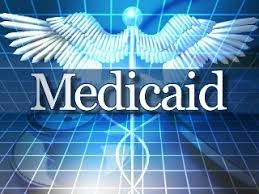 Time is running out for the Virginia General Assembly to accept the Medicaid expansion prescribed in the Affordable Care Act.

See below the fold for an email I sent to fellow Members of the Virginia Chapter of Doctors for America.

The Virginia General Assembly is about to finalize the state budget this weekend. In his original budget proposal, Governor Bob McDonnell cut out the planned Medicaid expansion provided for in the Affordable Care Act for Virginia.

If the Virginia House of Delegates and Virginia State Senate fail to amend the state budget, 400,000 Virginians will continue to be uninsured despite all of our hard work fighting for the Affordable Care Act. Without Medicaid expansion in Virginia, the Commonwealth will lose out on $2B annually provided for in the ACA.

The Medical Society of Virginia, the Virginia Chapter of the American College of Physicians, the Chambers of Commerce, Virginia Hospitals all see the economic and patient benefits to expansion, but legislators in Richmond are still not committed to expansion. We have very little time to convince our representatives in the State Capitol to accept and fully implement the Affordable Care Act by saying “yes” to Medicaid expansion in Virginia.

Can you call Speaker of the House Bill Howell  (804-698-1028)? Tell Speaker Howell that expanding Medicaid is a win-win for Virginia patients, physicians and taxpayers.

Please take the time to contact Speaker of the House Bill Howell and your own Delegate and Senator in order to finish what we started 5 years ago.  All of our hard work fighting for the Affordable Care Act will mean nothing to the 400,000 Virginians who are eligible for expansion if Richmond refuses to expand its program.

Expansion is a win-win for Virginia

We cannot refuse this expansion