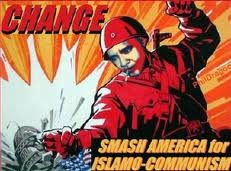 Every political party wants its followers to stick with them and not their opponents. So it’s natural that a party will seek to discredit a leader from its opposition.  But today’s Republican Party went beyond the usual discrediting, and has sought to outright demonize Barack Obama.

Here’s my interpretation of why that is. It has three steps.

There are a number of ways of seeing this.  We can see it in the tremendous party discipline they have, compared to the Democrats.  Herding Republicans is not like herding cats.  The Republican Party is increasingly a party of the South, and for generations interpreters of American culture have been discussing the hierarchical nature of the culture of the American South.  Also, the hierarchical orientation of the Republican Party is shown also in many of the basic ideas — even of usual conservatism — about good order (top-down, rather than bottom-up).

Second, in a hierarchical society, people are trained in the ethic that those lower in the hierarchy should obey those above, not question or challenge them.

Of course, any American political party, as well as any American region, is not going to be 100% hierarchical.  That’s not the nature of a democracy, and not consistent with the national creed that enshrines liberty as one of the rights with which we’ve been endowed by our Creator.  But America contains other non-democratic, non-liberal components within in its culture, including older hierarchical values characteristic of the warrior code and of military organization.  Over the generations, especially in some parts of America, these components have instilled in a great many Americans the ethic of deference to those above.  So, to oversimplify some, for the member of a hierarchical society:  Who is above me in the hierarchy to whom I’m obliged to give some measure of credence, deference, and obedience?

Third, today’s Republican Party, having no interest in cooperation or compromise, but only in fighting for power, needs for its supporters to give President Obama zero standing and credibility.

The Republicans, as I’ve been saying throughout Obama’s presidency, have made a fight over everything.  They take absolutist positions on almost every issue, like guns and taxes –they even fight against ideas that used to be their own– because compromise is contrary to their whole political approach. If one’s way of doing politics is to wage a fight to the death, there can be no question of seeking the right balance between competing values and the contending positions of the different parties.  Compromise becomes a dirty word.  The result is that the Republicans don’t want their supporters to perceive the president as someone whose words they obliged to respect, lest they start weighing how much credence to give to his side of the argument.  That requires that the Republican base not see the president as legitimately above them in any hierarchy of which they are part.

As a result, the Republicans went to work immediately not just to discredit President Obama, but to demonize and delegitimate him.  From the beginning, they told tell their base, that he was not really their president, that he couldn’t be because he was born in Kenya.  Not only was he not a legitimate president, and therefore not truly one who outranks a loyal American citizen in the hierarchy, but he hates America and — Muslim terrorist with Nazi and Communistic purposes that they insinuated that he was — is out to destroy it.  Of course, Obama’s race made it that much easier to cast this president as a dangerous “other” who could not be one’s legitimate superior in the hierarchy.

So, given the Republicans strategy not to help govern but to engage in an all-out struggle for political power, and given their supporters tendency to believe themselves obligated to give some loyalty and respect and obedience to their commander in chief, the Republicans had to make Obama out to be not just wrong on the issues, but wholly outside the boundaries of any “Us” that included their people.

Hence, the demonization of the president.

Afterword:  One of the major errors made by President Obama in his first years in office was his forfeiting completely what should have been a battle over this demonization.  By the time we got half way through Obama’s first term, an alarmingly large proportion of Republicans believed the demonizing lies the Republicans and their media allies had been promulgating.  It is unlikely there is any chance at this point that the roughly one-third of Americans that constitute the Republican base could be persuaded to reconsider the demonized portrait they were given then.