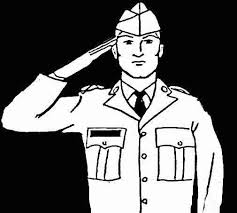 In February, I published a  piece to explain why the Republicans set out to demonize President Obama. At the center of my explanation was that the Republican Party constitutes a hierarchical society, and

In a hierarchical society, people are trained in the ethic that those lower in the hierarchy should obey those above, not question or challenge them.

That fact combines with the Republicans’ particular political strategy in these times.  Because today’s Republicans have “no interest in cooperation or compromise, but only in fighting for power,” that Party feels the need “for its supporters to give President Obama zero standing and credibility.” And so, “the Republicans went to work immediately not just to discredit President Obama, but to demonize and delegitimate him” by selling a picture of him “as a dangerous “other” who could not be one’s legitimate superior in the hierarchy.”

That piece prompted the man behind Opednews.com, Rob Kall, to interview me for his radio show, which was broadcast live in the Philadelphia metropolitan area in Pennsylvania and New Jersey.

The discussion started with the issue of the Republican Party as a hierarchical culture, but soon went into the larger picture of that “sick and broken spirit” that’s driving this unprecedentedly destructive and dishonest force that today’s Republican Party has become.

The transcript of the first half of that interview has now been posted by Mr. Kall here.

No matter what you’re doing today, pause for a moment, look up into the heavens, and reflect that tomorrow @NASA plans to fly a helicopter on Mars. Wow.