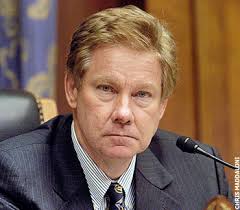 The following quote by former Rep. Tom Davis, in the National Journal, epitomizes everything I despise about the media, how crazy the Republican Party has gotten these days, and how pathetic Tom Davis has become. Check this out.

“Before everybody pronounces the death knell of the Republican ticket in 2013, they should remember that national dynamics and Obama’s approval numbers will have as much to do with this race as anything else,” said former Rep. Tom Davis, whose wife, Jeannemarie, ran unsuccessfully against Jackson.

Davis, a moderate, said he would back Jackson despite his antigay views. “How can I support someone who supports ‘Obamacare?’ ” he asked, referring to the Democratic ticket. “That’s the choice. Control of the state Senate is at stake.”

OK, this is FUBAR on basically every level. First off, we have the straw man of “everybody” (who?) supposedly “pronounc[ing] the death knell of the Republican ticket in 2013.” I mean, other than conservative radio host John Fredericks, who’s done that? Personally, I continue to believe this will be a close race for governor and Attorney General, although certainly LG isn’t looking good for the Republicans this year. As for the longer term, Republicans are in danger of killing themselves off if they keep lurching to the right, but they haven’t quite done so yet, still controlling the Governorship, LG, AG, House of Delegates, and 8 of 11 House of Representatives’ seats as they do. In short, we’ve got a long way to go to turn Virginia “blue.” Despite Tom Davis’ straw men.

Second, check out the total #FAIL by the lamestream, corporate media: “Davis, a moderate.” Excuse me? Someone who supports EW Jackson, despite his viciously homophobic views and statements, not to mention his viciously anti-Muslim, anti-liberal, etc. views, is a “moderate?” And that’s just stated as in this “news” article offhandedly, as if it’s a fact? For that matter, how is that “objective” reporting? How is it accurate reporting? In what way is Tom Davis a “moderate?” In the same way, perhaps, as teahadist Frank Wolf’s a “moderate,” because he MIGHT have been many, many years ago? Or the same way that any Democrat is a “liberal,” even as the Democratic Party has essentially become America’s centrist, mainstream, moderate party (don’t believe me, check the polls on issue after issue and you’ll find that Democrats agree with the majority of Americans on pretty much everything). It’s as infuriating as it is lazy, incompetent and dishonest.

Finally, let me just state this simply: Tom Davis is a disgrace to humanity. He’ll support a raging maniac and vicious bigot because…because…OBAMACARE?!? Seriously? In other words, Davis – who I used to respect, even though I disagreed with him on most issues – has completely gone over the deep end, along with the rest of his John Birch Society/Tea Party, because of the horrors of essentially “Romneycare” (combined with the 1993 Republican alternative to “Hillarycare”) helping insure more Americans and elikminated pre-existing conditions, etc? Just insane.

Perhaps none of this should be surprising, given that Davis was delusional enough to think his formerly liberal Republican wife would have a snowball’s chance in hell at a convention of 8,000 right-wing extremists. Brilliant political analysis there, Tom! Yeah, you’re a regular political strategery genius! (snark) Then there was the spectacle of Jeannemarie Davis endorsing insane bigot EW Jackson, clearly out of spite after getting her head handed to her at last weekend’s Teahadist convention. Yeah, I’m sure it’s painful to find out you have no political future whatsoever. But still…do you have to totally degrade yourself as well? In Tom and Jeannemarie Davis’ case, the answer to that question is a clear and resounding YES!

P.S. Teahadist Tom is a member of “No Labels”, which supposedly puts principle over party. Yet here he totally puts blind party loyalty over any principle whatsoever. Unless, of course, one of “No Labels” principles is rabid homophobia (and Islamophobia, etc.).