For anyone who tries to claim that Republicans aren’t waging a relentless war on women’s rights, not to mention on science and the Enlightment, see the following two exhibits of recent, Republican insanity. Just like the GOP insanity we see here in Virginia, with “transvaginal ultrasounds,” attempts to make miscarriages illegal, other attempts to make contraception illegal/shut down Planned Parenthood, etc. It will never end, until we make sure that not a single one of these extremists is in office. Here in Virginia, that first and foremost means we need to defeat Ken Cuccinelli (bought into the lunatic conspiracy theory that Planned Parenthood is racist and is aiming to abort black children for eugenics purposes, etc.), EW Jackson (who has compared Planned Parenthood to the KKK), and Mark Obenshain (who wants to criminalize miscarriages). Anyway, on to the exhibits:

Exhibit A: Rep. Trent Franks (R-Of Course) says, “you know, the incidence of rape resulting in pregnancy are very low.” 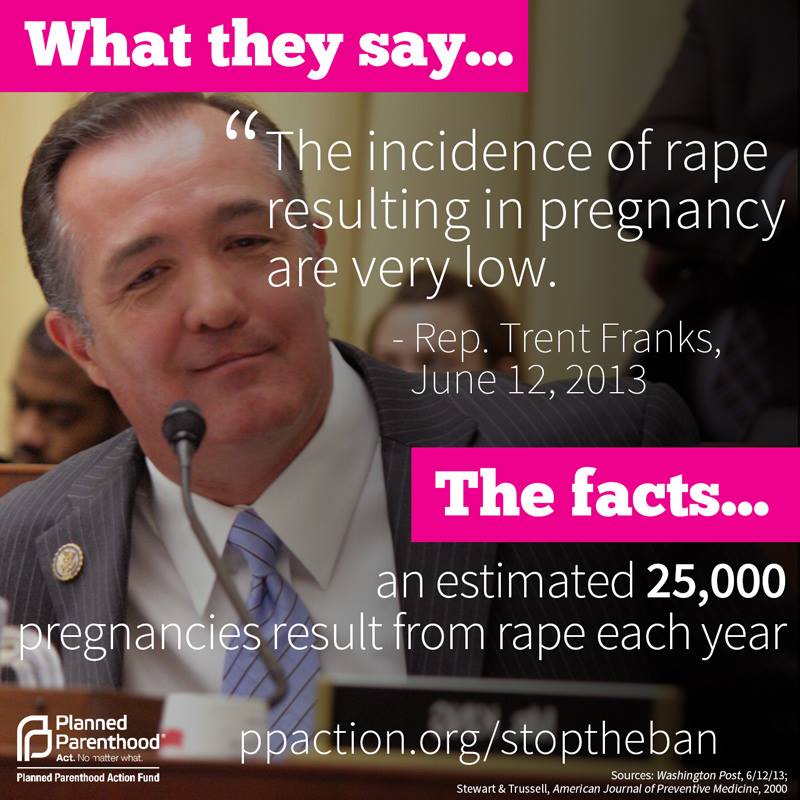 Exhibit B: In Wisconsin, “Republican state senators in Wisconsin on Wednesday silenced Democratic lawmakers while passing a bill requiring women to undergo an ultrasound procedure before being able to receive an abortion.”(see video of Republican lunacy and strong-arm tactics on the “flip”)