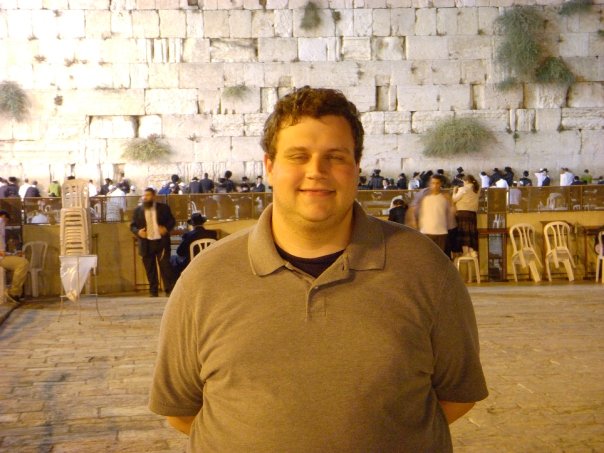 For those who don’t know him, Jesse Ferguson (photo by Sen. Adam Ebbin) is Deputy Executive Director and Communications Director at the Democratic Congressional Campaign Committee (DCCC). Before that, he worked at the  Brian Moran for Governor campaign and in the Office of the Virginia House Democratic Caucus Chairman. The 2009 primary was rough, with the two of us finding ourselves supporting different candidates (Jesse worked for Brian Moran; I supported Terry McAuliffe). Let’s just say, that didn’t exactly do wonders for our friendship, but sadly that type of thing happens sometimes in politics (or business, for that matter). Still, Jesse’s a smart guy, talented, dedicated, very good at what he does (fighting for progressive values and Democratic candidates). I also can honestly say that I still like and respect Jesse as a person, despite the 2009 unpleasantness…

So why am I writing about Jesse Ferguson this morning?  Because of this blog post.

This hasn’t been my favorite month. It started about 8 weeks ago when I saw myself on camera and noticed my face looked fat. I thought it was nothing – just some weight gain. A month ago, I was home with my mother and she asked, “What’s the swelling on your face for?” (Imagine it said with a hint of leftover New York accent.) Oh shit this could be “a thing.” I went to a doctor – he told me it was nothing. Probably just an infection, but 3 weeks of Advil and antibiotics didn’t help.

I kept the swelling covered up pretty well by letting my beard grow. I could tell though – especially if I saw a picture of myself.

The second doctor got a CAT scan to look at it and it showed something. She sent me to a specialist. We thought it was a stone in the salivary gland – no one had even mentioned cancer. They did an ultrasound of my face, and running the scanner over my face the doctor saw several masses in my cheek and neck. I could see them too. He looked concerned.

There was a team of doctors hovering over this device. The only times I had ever seen an ultrasound before was on TV and it usually involved pregnant women – this was decidedly not that. He told me he wanted a biopsy. Gulp. I know what that means.

Ugh. So, Jesse Ferguson has cancer at the age of 32, and to be blunt about it, that sucks. (continued on the “flip”)

Despite our political differences in 2009, of course I’m very sorry to hear this news, and I wish Jesse all the best as he fights – and beats – this disease. As Jesse wrote last night on his Facebook page, he’ll “be taking some time off from work at some point in the next few weeks and out-of-pocket for most of the summer and into the fall.” He has also started up a blog, in order “to keep friends and family up to date on my health in summer and fall of 2013.” Great idea – also courageous to share his personal story with the world. Thanks to Jesse for doing that; I’m looking forward to following his progress as he achieves a complete – and hopefully fast! – recovery.