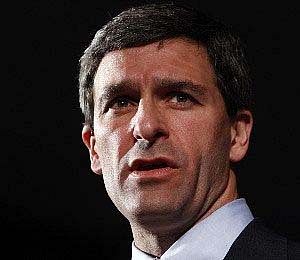 The Republican Swift boat campaign against Terry McAuliffe has now begun in earnest. As is typical of GOP message campaigns, it is being spread in a coordinated, multi-media fashion with similar talking points being repeated by a variety of sources to create the illusion of a “bandwagon effect”. This was only to be expected as Ken Cuccinelli’s chief campaign strategist, Chris LaCivita, was media advisor to the infamous Swift Boat Veterans for Truth organization that so brutally smeared John Kerry in his 2004 presidential campaign.

Unfortunately, the media rarely applies the investigative resources needed to figure out what’s really going on here — it’s a lot easier to say things like “both sides are accused of scandals” or similar meaningless nonsense. So sometimes us regular folks need to do the digging.

The Repubs are blowing out so much smoke right now that it can be hard to sort the truth from the poppycock.  So this is my humble attempt to begin to set the record straight.

Over the weekend, the McAuliffe campaign put out a statement in response to all the allegations being thrown against it, and the Cuccinelli campaign followed with an attack (both here at Ryan Nobles’ blog.)  McAuliffe’s statement made one reference to Sen. Chuck Grassley (IA-R), the source of much of the current attention to Terry’s former company, GreenTech Auto: “I find it unfortunate that a Republican Senator from Iowa…selectively released information for the purpose of partisan attacks instead of getting facts.”

The Cuccinelli response curiously used this comment to tar Terry’s whole press release as falling “one step short of claiming a ‘vast right wing conspiracy’ against his candidacy.”  Why the overreaction?  I suspect they were using the classic Karl Rove technique of preemptively ridiculing their opponent’s observation of what’s really going on in order to discredit anyone who tries to reveal the facts of the matter.  In other words, they’re simultaneously raising and making fun of the idea of a “vast right wing conspiracy” in order to distract attention from the actual alliance of right wing forces working to elect Cuccinelli by bringing down McAuliffe.

In fact, Sen. Grassley appears to have triggered one or both of the current investigations in question by releasing over 150 pages of statements (see here and here) as part of his effort to block the nomination of Alejandro Mayorkas to be Deputy Director of the Department of Homeland Security (DHS).  While his main goal may be the Republican mission of blocking everything President Obama tries to do, he is in the process providing a mighty big assist to the Cuccinelli campaign.  It’s hard for Federal agencies to not investigate allegations made by the ranking member of the Senate Judiciary Committee, regardless of their merits.  We’ll get to the substance of those investigations in a minute.

But first let’s look at some of the other players in the pro-Cuccinelli mud-fest:

– Watchdog.org, a right wing blog run by the Franklin Center for Government and Public Integrity, has been operating as the opposition research arm of the Cuccinelli campaign.  Their role has included demanding documents from the DHS about GreenTech and making the allegations and posting the documents online that are the basis for the SEC investigation.  According to Sourcewatch, the Franklin Center is 95% funded by Donors Trust, which Mother Jones has called “the dark-money ATM of the conservative movement.”

– Citizens United, the execrable group behind the “Fast Terry” movie, is well known for its tragically successful effort to protect the power of rich people to control our political system, after winning its 2010 Supreme Court case to overturn key provisions of the McCain-Feingold campaign finance law. But it’s mostly been in the business of making attack films against Democrats like Hillary Clinton and John Kerry, and conservative bogeymen like the ACLU, immigrants and the nefarious UN.  So Terry is in good company here!

The Charges: Where’s the Beef?

The Cuccinelli campaign’s statement accused Terry and GreenTech of doing something dreadful “to warrant not one, but two federal investigations?”  This is highly misleading.

First, these investigations appear triggered by the dust storm raised by Sen. Grassley and Watchdog.org even though there is no indication yet whether these allegations have a shred of actual merit.

Second, these are two very different types of investigations.  The target of the DHS Inspector General’s office investigation is US Citizenship and Immigration Services (USCIS) Director Alejandro Mayorkas; IGs investigate the actions of their own organizations and people, not outside companies per se.

While the investigation is of whether Mayorkas granted any special preferences or privileges to GreenTech, there is no evidence to date that he did. Sen. Grassley released a flood of internal DHS emails on the matter, which show only that GreenTech and its advocates expressed much frustration over the slow pace of approvals of visas for their foreign investors and kept asking for the process to be sped up. Companies expressing frustration at bureaucratic delays and trying to speed things up is not exactly news — it literally happens every single day. And most days of the year, Republicans take the side of the business against that of the government agency.

The only question in this investigation, then, is whether USCIS followed the proper procedures in this case. I took the painful route of reading through Grassley’s 97 pages of stuff to try to find out.  Here are a few quotes from emails from Director Mayorkas on the matter — WARNING: EXTREMELY SHOCKING CONTENT FOLLOWS!

“I want to make sure that we are providing customer service consistent with our standards but that we are not providing any preferential treatment.”

“I am eager to learn as much as possible about the EB·5 program because it is the source of considerable attention and. given the job creation potential, appropriate interest”

“As the Director of this Agency, I do not adjudicate cases and am not the proper audience for a telephone call or a meeting about a particular case. I will forward your email to that appropriate individual in the Agency.”  [Followed by email to staff:] “Please handle however you deem appropriate”

Talk about a smoking gun!

The SEC investigation was triggered by a document posted online by Watchdog.org, allegedly from GreenTech, and purportedly promising investors returns. This one is hard for me to say much about, because we don’t know if the document is real or a forgery, and I frankly don’t know enough about SEC rules to be able to speak intelligently to the issues here. But the idea being floated by some Repubs and right wing bloggers that Terry should drop out simply because this investigation is taking place is absolutely laughable. How about we find out the facts first?

Then there is Citizens United’s film, “Fast Terry.” I watched the whole thing, and what its charges basically come down to is that GreenTech and another company of Terry’s failed to meet their projections for coming on line and creating jobs. Terry worked to create both of these companies in the wake of Bush’s Great Recession and it is unfortunate that they have struggled.

His success or shortcomings as head of these companies is a legitimate issue. But it’s certainly no scandal. There are companies that fail to hit their projections every quarter. Why should these ones be judged any differently?  Because their CEO is a Democrat?

The bottom line is this: If you want to allege “scandals”, then lay out precisely what the allegations are — who allegedly did what by when and why it’s a crime — and then provide at least a few scraps of evidence to prove your point. Just yelling that somebody is a crook or whatever, and airing lots of commercials or full length movies with disturbing-sounding voice-overs and ominous music ain’t gonna cut it.

And it’s time for the press to dig in and do some actual reporting on these matters, and get to the truth, rather than just repeating the talking points that Chris “Swift Boat” LaCivita hands them every day on a silver platter. There’s too much at stake in Virginia this year for that kind of hack work.