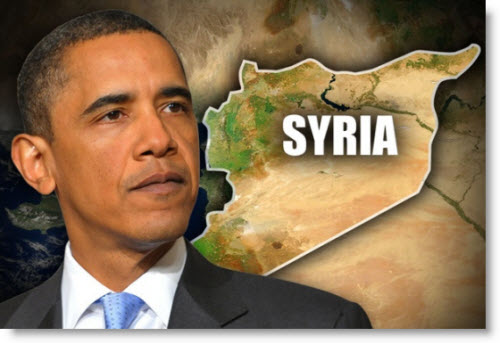 200-proof goes out on this limb, despite all the vote counters. When all is said and done, President Obama will NOT lose a vote on whether or not to authorize the Commander-in-Chief to use military force to protect American interests in Syria. Notice, I didn’t say he would WIN, but rather not lose: there is a big difference. And at the same time, a big upside for The Prez. Well, maybe not big, but big enough to send Assad and his posse the required message.

Why go out on this limb? Let me count the reasons. A Democratically controlled Senate will pass a resolution authorizing the President to use military force in Syria. It is likely to be the most unprecedented pro-war resolution in the history of the Senate, with restrictions and whatever forcing historians to re-write their books. But it will qualify as a pro-use-of-force resolution.

Then it goes to the House. Will the House pass the Senate version? Whatever the vote count NOW, the chess board gets scrambled once the Senate actually votes to go to war. By then, there will be more evidence as regards the chemical warfare in Syria, more time for Assad and his posse to calculate future actions, more time for the international community to play the “what if” scenarios, and more time for everyone to think through this and that.

It cuts both ways, admittedly. But net, net: The President should be in a stronger, not weaker position, in terms of demanding the House DO SOMETHING.

Remember this: The President, at all times, can decide to shift strategy in one direction or another. This is his ultimate asset. The same for Assad – he can make sudden moves as well, even totally unpredictable ones.

Don’t forget: Assad doesn’t want the U.S. to attack him. He will go to great lengths to avoid it. The man isn’t Saddam Hussein, daring us to enter the war zone. Assad CAN NOT survive if we provide military backing to the rebels directly or indirectly by degrading the Syrian President’s army and air force.

Assad isn’t delusional like Hussein: all Assad wants, in the end, is to control some part of Syria where he can hope to live without fear of assassination, at least by the enemy. The Syrian Civil War isn’t going to end with Assad back in control of what we call Syria. That country is gone, to the extent it ever existed except at the point of a gun. The Kurds ain’t giving the land they now control back. Same for the rebels. And Assad has neither the ability nor the international financial backing from its sponsors to take it back.

Assad’s best case is a decent negotiated stand-still type of deal, a land for peace type of thing, a fig leaf perhaps but it is workable. America can, and ultimately will, badly degrade his armed forces if he insists on daring us. He has to figure that, as do his Russian, Iranian and other backers.

THE POINT BEING: A credible threat of even a small U.S. strike against Assad’s government is big time scary to the Syrian regime. The same for Russia and Iran, they can’t afford him to be beaten, and they can’t afford the treasure it will take to keep him in power under US attack.

Thus: A credible threat of an attack is worth a lot to the President. So my bottom line scenario for the debate over the President’s War Dance goes like this. The Democratic Senate, with the aid of Senator McCain’s hawkish posse, will give the President a pro-war resolution. In turn, the President will promise in secret that he will only use it as a last resort, that he understands the voter backlash risk given the polls.

I have no proof of such a quid pro quo, but it makes logical political and military sense. Why? It is difficult to see the political math adding up to an authorization for something other than what will be sold to a distrusting public as a “limited” strike, aimed at not getting the U.S. into war but rather only to punish Assad for the use of chemical weapons (I assume the U.N. report on the incident will support the President’s narrative, for if not, then the whole thing becomes a certified political debacle no Democrat wants to contemplate).

SO: The Democratic Senate gives the President want he needs even if it isn’t what he ideally would like. But a win is a win.

OVER IN THE HOUSE OF REPRESENTATIVES, they are now faced with a very sticky Republican dilemma. So far, the GOP side in the House is safe because the Democratic side is likewise vocally anti-war. Thus the GOP can not be labeled as putting their anti-Obama feelings ahead of what is good for the country. But once the Senate passes a pro-war resolution, the GOP is going to realize that House Democrats will not want to take responsibility for voting NO and, thus doing what commentators will label as badly damaging the President. Moreover,- under my scenario – the rest of the world is likewise moving toward the view requiring some action indicating disapproval of the use of chemical weapons. They too don’t want to see the President take a beating from his own party. This creates instability.

MEANING: If President Obama can nudge House Democrats towards a compromise with the Senate – or even supporting the Senate version if it has been tweaked with said deal in mind – on the question of NOT MAKING HIM LOSE A WAR VOTE, then the GOP is in a box.

To repeat: On a military and geopolitical basis, a Congressional resolution that allows the Commander-in-Chief to protect American national interests, albeit his options are restricted more than any other President in history, is NOT A LOSS for the White House. It might not be a pro-War resolution in the classic sense – or in regards to previous congressional approvals – but as long as it allows the President to hit back in his judgment when such “hitting back” is required, this is not a loss for the President. Even if he has some secret side deal, this still is not a loss.

As I read the polls, Americans are not opposed to sending a forceful message discouraging the use of chemical weapons, or defending national security interests when threatened in Syria. Rather, they are skeptical of what we can do to benefit America in that war zone, fearful whatever we do will be a net-minus, indeed risk getting us bogged down in another senseless war effort where the promised gain will again morph into yet another loss of life, treasurer and trust in our political system.

If it were simply an either/or go to war/don’t go to war choice, then I think the President is “up against” some powerful domestic forces presenting him with a lose-lose equation. But I don’t read the menu this way at all. In political talk, he “wins” by not “losing.” And “losing” is defined as refusing to change course and thus winding up with nothing but a NO vote from the Congress in the final analysis.

Why would the White House allow this to happen, what’s the politics here?

Bottom line: Since the President doesn’t have to win the pro-war vote, but rather Not Lose it, my bet is on the Congress and Mr. Obama coming to a mutually agreed peace settlement, shaky perhaps but good enough for government work.

That’s my story and I am sticking to it, at least for today.