You probably have heard about the book from a little while back, It’s Even Worse Than It Looks. It was written by two very centrist, perhaps even conservative, interpreters of the Washington scene: Norm Ornstein (of the American Enterprise Institute) and Thomas Mann (of the Brookings Institution).

One of the main quotations from that book describes the Republican Party as “an insurgent outlier…ideologically extreme; contemptuous of the inherited social and economic policy regime; scornful of compromise; unpersuaded by conventional understanding of facts, evidence and science; and dismissive of the legitimacy of its political opposition.”

When I heard first heard that passage, back in 2012, my thought was: it’s about time you noticed that. To me, that’s been blatantly, disturbingly obvious for years.

But here’s the kicker. When Ornstein and Mann came out with their book –belatedly in my view, as I said– they were subject to a kind of ostracism, a loss of their high media status. Here’s how Raw Story put it:

The authors of It’s Even Worse Than It Looks: How the American Constitutional System Collided With the New Politics of Extremism, who have found themselves ostracized by the Sunday morning shows where they had always previously been welcome…

As a long-time aficionado of the detective story, I know a potential case-breaking clue when I see it. (The image of “the dog that didn’t bark” comes from one of Sherlock Holmes’s cases, by the way.)

What does it mean that the media would shun the authors of a book that points to the obvious devolution of the Republican Party into something extreme, something that breaks the usual mold for a major American Party?

(In the Sherlock Holmes story, “Silver Blaze,” the fact that the dog didn’t bark showed that the killer was someone with whom the dog had a friendly relationship.)

In any event, it is stunning. And it deserves to be placed on a plate in front of the media, like a pile of dog excrement, with a demand that they explain themselves.

Andy Schmookler, recently the Democratic nominee for Congress from Virginia’s 6th District, is an award-winning author, political commentator, radio talk-show host, and teacher.  His books include The Parable of the Tribes:  The Problem of Power in Social Evolution.   His website is at www.NoneSoBlind.org . 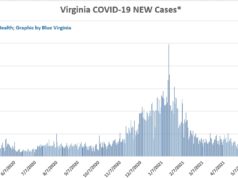