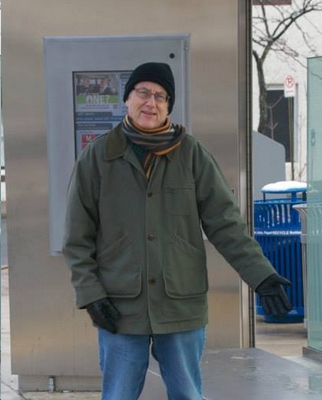 I’ve known about this for days “off the record” as they say, but Washington Post reporter Patricia Sullivan (‏@psullivan1) tweets the scoop: “Rumored independent candidate for #ArlingtonVa County Board seat emerges: John Vihstadt announces candidacy. More soon.” My assumption is that Vihstadt will be the “anti-streetcar” candidate, and likely will be endorsed by some of the leading anti-streetcar folks in Arlington, but we’ll see soon enough…

UPDATE 12:06 pm: From Vihstadt’s Facebook page, this list confirms my guess that Vihstadt will be the anti-streetcar, anti-Zimmerman-vision-for-Arlington candidate.

HONORARY CAMPAIGN STEERING COMMITTEE (as of announcement 12/12/13, 11am)

(positions for purposes of identification only)

The Honorable Mike Brunner, former Member, Arlington County Board and School Board

The Honorable Libby Garvey, Member, Arlington County Board, and former School Board Member and Chair

Martha Foster, former President of the Board, Arlington Arts Center

UPDATE 12:46 pm: And here’s the Republican candidate (Mark Kelly), also running on an anti-streetcar platform. UPDATE: I hear Kelly might not be running after all.