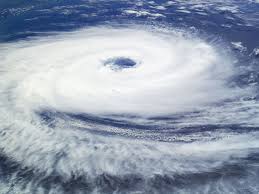 This phrase came to me a few days ago. I thought it had some rhetorical potential, and I offer it here for anyone’s use.

The Koch Brothers name quickly conjures up the monstrous nature of what too much of American capitalism has become in our time:

1)It is insatiable for wealth, as these billionaires show themselves to be with their relentless quest to prevent this nation from responding to the challenge of climate change, sacrificing our children’s future for more profits for themselves and the rest of the world’s richest industries.

2) It works relentlessly to demolish our democracy, turning it instead into a plutocracy, working to translate the widening gap in wealth between the super-rich and the rest into a corresponding gap in political power.

3) Koch Brothers Capitalism has no concern for the greater good, its relentless drive for wealth and power being an expression of unbridled selfishness.

4) It’s political conduct debases our national discourse, subverting rational deliberation with its reliance on manipulating the public with lies and disinformation.

This kind of capitalism deserves a name that reeks upon the very mention of it. And the Koch Brothers provide that stench.

Down with Koch Brothers Capitalism, I say. And let’s have the kind of capitalism that is willing to be structured so that it contributes to a healthy society rather than destroys it.

Andy Schmookler — an award-winning author and recent candidate for Congress in Virginia’s 6th District — is now launching a campaign to change the national conversation. The campaign has the motto: “See the Evil. Call it Out. Press the Battle.”