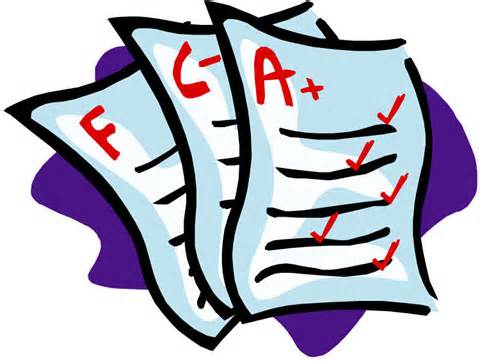 I’m rating the 8th CD Democratic candidates’ website issues sections by three main criteria: 1) how comprehensive they are (e.g., how many issues they cover); 2) how detailed they are; and  3) how progressive they are. Note that several of the candidates get “incomplete” grades. In my mind, this is far less a problem with elected officials with a long record of votes and statements on important issues, than for people who have never held elective office, been a candidate before, or have had a long history of statements and actions on various issues. In the latter category of candidates (e.g., Satish Korpe, Nancy Najarian, Lavern Chatman, Derek Hyra), it’s crucial that the candidate spell out in as much detail as possible their positions on a wide range of issues. I’ll revisit this in a few weeks, and if I don’t see any more information added, I’ll almost certainly be changing an “incomplete” or two to a low grade (“D” or “F”).

Mark Levine currently has a simple “splash page,” rather than a full website, which means there’s no “issues” page as of yet. Based on his writings, actions on Rep. Barney Frank’s staff and elsewhere, activism, lengthy discussions I’ve had with him, etc. there’s absolutely no question that Levine is highly progressive, it’s just not reflected at the moment on this website (note: the Levine campaign emailed me his detailed positions on the issues, and they would get an “A” or “A+” if he just put them on his website). For now, though…Grade: Incomplete Grade: A

Bruce Shuttleworth: Strongly progressive on the issues he covers (e.g., “Universal healthcare should be a basic right in the United States;” “investment in technologies that will deliver a sustainable future is required to save us from the scourge of Climate Change, foreign oil dependence and dirty domestic energy production;” “I support the reinstatement of the Glass-Steagall Act and the regulation of the financial industry;” “I stand as an ally to my fellow Americans and will lead the way towards racial, gender & LBGT equality for ALL”). I’d love to get more detail on a wider range of issues. Grade: B

Don Beyer: Covers a decent number of issues – from climate change to marriage equality to comprehensive immigration reform to raising the minimum wage – but not in much detail. Given the lack of detail, it’s hard to rate several of these in terms of their progressivity. For instance, on climate change, Beyer’s website simply says, “The United States should be a leader on this critical energy issue.” On this issue, it’s worth noting that Beyer recently held an event in which he stated that “the “most effective way of reducing carbon emissions is to put a tax on carbon pollution.” At that same event, Beyer also spoke out against fracking in the GW National Forest, another important environmental issue. This is far beyond (and better than!) what’s on his website’s issues section (although there IS a press release about this event on his campaign website). So, perhaps it’s more that Beyer’s campaign has decided to keep its issues page short than a lack of detailed policy positions. I’m looking forward to hearing more about the issues listed on Beyer’s website, as well as the many others not listed. Grade: B-

Bill Euille: His website touches on a wide variety of issues – “An Economy That Works For Everyone,” “Helping Small Businesses Grow,” “Making Our Neighborhoods Safer,” “Defending Women’s Rights,” “Health Care For Every American,” “Taking Care Of Our Environment,” “Fighting For Marriage Equality,” etc. – and what information he has there is generally progressive. My main question is, how would Euille’s local experience translate to the national level, as his website mostly talks about his accomplishments as Mayor. Grade: B-

Derek Hyra: His issues section is broken into the following headings – “Strong Communities. Strong Country,” “Economy: Growth for All,” “Education: Quality Programs for Lifelong Learning,” “Environment: Protecting Green Spaces, Improving Quality of Life,” and “Equity: Social and Economic Equality.” There’s a decent amount of detail, and what I see is good overall (e.g., “Strengthening the Clean Water and Air Acts, reducing our carbon footprint, and fighting against any efforts to gut the Environmental Protection Agency;” “Supporting women’s rights and LGBTQ rights;” “Implementing universal pre-K for all” and “Raising the minimum wage and extending unemployment insurance benefits”). Given that Hyra has no voting record, I’d love to hear more from him on a wider range of issues. Grade: B-

Lavern Chatman: No issues section, just a statement pledging to “fight for continued improvements in education, for women to make their own health care decisions without government intrusion, to protect federal workers from budget cuts, and for economic fairness for working families.” Grade: Incomplete

Adam Ebbin: His website has no issues section, although he does mention a few accomplishments in the General Assembly (e.g., “a solar resource fund to increase production of clean energy,” “legislation to enable lower interest rates on deferred property taxes for seniors,” “led a bipartisan effort that provided access to life insurance benefits to domestic partners”). There’s no doubt that Adam Ebbin has been a strong progressive for many years (e.g., see Project Vote Smart), it’s just not spelled out in detail on his website, which has no issues section. Grade: Incomplete

Charniele Herring: No issues page, just a mention on the main page that “I am proud of my work to ensure that our voices were heard by fighting for women’s rights, protecting our most vulnerable neighbors, and safeguarding our region’s natural beauty and resources” and that “I will continue the good works of Congressman Jim Moran to foster the economic development of Northern Virginia, address the needs of our veterans, work for access to affordable healthcare, and protect the privacy of a woman and her healthcare decisions.” Clearly, Charniele Herring has a progressive record (e.g., see Project Vote Smart), but if you don’t follow this stuff closely and simply check out her website, you wouldn’t necessarily know that. Grade: Incomplete

Satish Korpe: No information on his website at all, but if you click through to his Facebook page you do get a bit of information. But the bottom line is that this one’s “incomplete.”

Alfonso Lopez: His website has no issues page. He does mention several progressive accomplishments, such as “creating the Virginia Affordable Housing Trust Fund,” “creating the Small Business Investment Grant Fund,” “expanding Medicaid coverage to immigrant mothers and children,” and having “worked for years as a federal environmental health advocate on Clean Air, Safe Drinking Water, and Global Climate Change issues.” Again, there’s no doubt that Lopez’s voting record has been progressive (e.g., see Project Vote Smart, but for now, there’s no detailed issues section on Alfonso Lopez’s website so the non-political-junkies out there wouldn’t necessarily know it. Grade: Incomplete

Nancy Najarian: Her website doesn’t have an issues section yet, although she does mention that she “will fight to close the gap on paycheck inequality,” work to increase “investment and promotion of STEM education for our children and young adults,” “be a strong supporter for women’s health care” and “stand up to any Tea Party attempts to restrict access to women’s health care.” That’s great as far as it goes, but there are a large number of issues not listed on her website, so overall I’d have to give this one an “incomplete” grade.