(I am promoting this because I think it’s an intriguing idea. I welcome op-eds by other 8th CD Democratic candidates on important issues facing our district (and America) today, and will promote those that I think deserve to be shared more widely. This is one of those. Thanks. – promoted by lowkell) 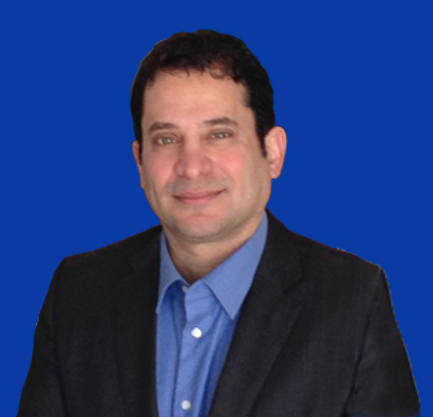 The millennials may be the first generation in American history to be worse off than their parents. Despite ever-growing improvements in technology and worker productivity, increasing numbers of college graduates in their 20’s and 30’s are returning home to live with mom and dad. They are drowning in a sea of red ink. The problem, of course, is college affordability.

Although the surest ticket out of poverty remains higher education, higher education itself is placing too many Americans back in poverty. In the last 30 years, the cost of a college education has astoundingly almost tripled even after taking account of inflation. Meanwhile the public subsidy to students has remained stagnant. That means, after taking account of inflation, subsidies to students have been cut in half. Do the math. When I went to college, the Government subsidized almost six times as much of college costs. No wonder today’s generation is feeling the pain.

And it’s not just tuition. Room and board are skyrocketing, as colleges use these items, plus fees, to pad their payments to administrators. And we have to be clear that’s where the money is going. Why a college with the same number of students as 30 years ago needs twice the number of administrators to handle them now is beyond me.

To add insult to injury, the Federal Government profits off the backs of students by charging them an additional 3% to 6% more for student loans than we charge banks. That’s a hiked rate of interest on an overcharged principal, amounting to an astonishing $21 billion a year the Government makes off of strapped and vulnerable individuals struggling to live the American Dream. Private industry charges even more.

For those of us astonished by the high increase in the cost of health care over the last three decades, we can feel grimly comfortable knowing that education has grown twice more expensive than even health care in the last generation. That means that as awful as the pre-Affordable Health Care Act status quo was, college costs were at least twice as bad, and that’s not including the Government profit off of students.

So what’s the solution? President Obama and Senator Elizabeth Warren each have proposals.  President Obama’s plan would base your financial aid on your grades and base your repayment rate on your income.  Senator Warren would lower the student loan interest rate to the rate banks pay, returning the annual $21 billion in interest to students but still do nothing about the principal owed.  Both plans are good, Senator Warren’s is better, and both are unlikely to pass a Republican-controlled House of Representatives.  But neither does anything to address the ultimate crux of the problem: college costs are still too damned high and increasing fast.

My proposal to solve this problem is refreshingly simple and has the added benefit of being something that everyone (except a college administrator) would love. Instead of increasing Federal aid to colleges that raise their tuition and other costs – based on the gap between what a student can pay and what a college costs – we should increase Federal aid to colleges that lower their prices and sign an agreement with the Federal Government to keep their rate of increase at or slightly above the rate of inflation.  We then end all Federal aid to “for-profit” institutions but keep aid to 2-year vocational and technical schools and negotiate those costs down as well.

The genesis for this idea comes from health care.  I know that Canada pays only 1/3 of what we pay in prescription drugs because they, unlike us, use their immense Government power to negotiate down these prices. I have long felt we should do the same in Medicare.  (Side note:  When I worked in Congress, I was astonished that Republicans made it illegal for the Federal Government to act on behalf of the American People to negotiate down lower drug prices. Only the Republican Party could punish Government for acting on behalf of We the People.  I guess their Constitution begins “We the  Corporations,” but I digress…)

We can do the same thing with higher education that we should do with health care, with an added bipartisan plus. It’s true Republicans are likely to fight us on increasing financial aid or subsidizing student loans back to the levels of the prior generation.  However, unless Republicans are beholden to Big College – which somehow I doubt, given the anti-intellectual bent that motivates much of their base – simply allowing the Government to negotiate lower costs for college does not cost the Government a penny more.  Sure I think we should pay back the profits we make off the backs of students (which Senator Warren and I both find offensive), but my negotiating proposal without increased subsidies can be scored by the Congressional Budget Office as a net zero taxpayer cost. It would simply be a transfer of wealth back from universities to students. And since colleges have increased their costs threefold in 30 years, I think they’ll survive without bankruptcy.  After all, they didn’t go bankrupt a generation ago. And since we are, in effect, harkening back to yesteryear, how can Republicans oppose that?

Mark Levine, former Chief Legislative Counsel to Democratic Congressman Barney Frank, is currently running for Congress himself to represent the 8th Congressional District of Virginia. His nickname is “The Aggressive Progressive.”

Just Like His Heroes Donald Trump and Ted Cruz, You Know VA GOP Gov Nominee Glenn Youngkin’s Lying If His Lips Are Moving