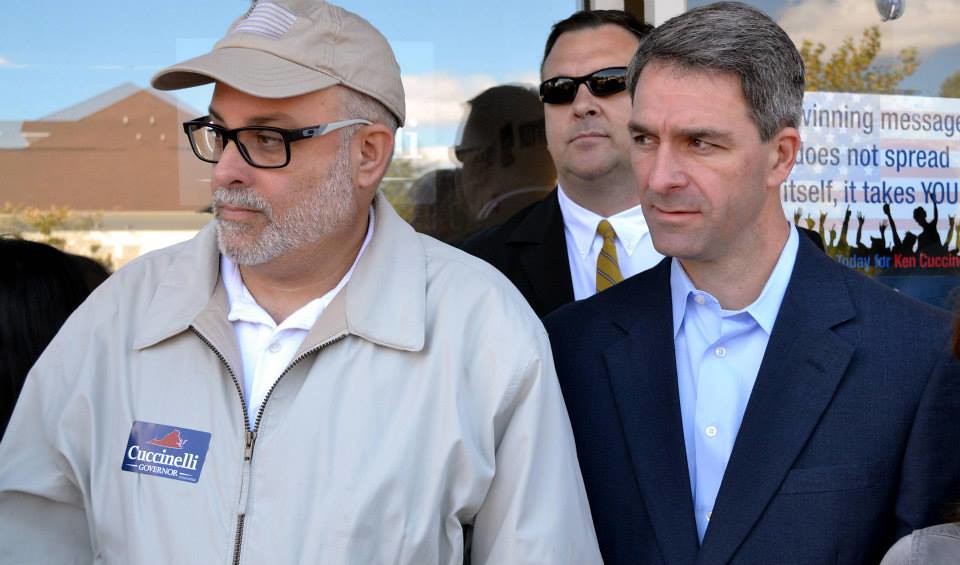 The thought that Ken Cuccinelli could have been elected Governor of Virginia last year is a horrifying one, for a whole host of reasons. For one, he’s a conspiracy theorist (e.g., he dabbled in “birtherism,” also claimed the government used Social Security numbers to “track” us, also believes that thousands of climate scientists are all in some dark conspiracy to impose some U.N. agenda or something, etc, etc.). For another, he’s an unabashed theocrat and vehement opponent of women’s access to contraception. Evidence for those charges? Listen to Cuckoo on Red State’s “Coffee and Markets” radio show. A few highlights…er, lowlights, by Krazy Ken Kookinelli.

*On the Hobby Lobby case (see here for how that case is “About Labor Rights And Religious Extremism, Not Birth Control”), Cooch says the left is actually “against consciences, if they could outlaw them they would, I mean let’s face it; it’s actually fairly critical to their whole worldview.” Hmmm.

*Cooch recommends that listeners “Google ‘Humanist Manifesto’ and read it…it is the game plan for the vast left-wing conspiracy, and if only the right-wing conspiracy were so vast, we’d be a lot better off…it’s part of that playbook.”

*If Hobby Lobby wins its case, Cooch claims “it is clearly one of the more poignant stakes in the gut for the left.” Why? Because, Cooch claims, the left “cannot tolerate god, they cannot tolerate the acquiescence of government to faith; it clearly has to go the other way in their worldview, and that’s a major problem.”

*Cooch claims that nobody has a “retort” to his claim that the U.S. is a “natural law country,” that we just sit there “dumb and mute” when he spouts his brilliance. Duhhhhhhh…..

*More Crazy Cooch: “The left of course demonizes corporations to begin with…so the notion that a corporation could reflect a moral compass, particularly one grounded in faith, I mean it makes their head explode, which is one of the charms of this case.”

*Cooch is “so proud” of Hobby Lobby’s owners for its willingness to “risk everything they’ve built to vanquish [sic] the principle of religious liberty, which maybe more than is under assault in this country today…we should all be so grateful to them…I’m just so impressed.” (note to Cooch: “vanquish” is exactly the opposite of the word you presumably intended to use there, but whatever…please continue! LOL)

*More Cooch paranoid, unhinged lunacy (and psychological projection): “People in this country don’t realize how tyrannical the left is. It is phenomenally intolerant of any views other than its own. And it must label them as bad, evil, malodorous in some way. It’s all they have; they can’t really argue against them so they don’t…Every liberal position is built on a fallacy. If you give me enough questions honestly answered, I can get you to the hollow core of any liberal position. Of course, normally…they won’t answer your questions, because they instinctively know that themselves…truth is our friend.”

*Oh, and Cooch says people are going to have to “start going to jail” because they won’t “bake a cake” for a gay couple or whatever.

*On the 2013 Virginia gubernatorial campaign, Cooch says he would have won except for “two silver bullets” against him: 1) Bob McDonnell’s scandals; 2) the government shutdown.

*I skipped over a bunch of this blithering idiocy and insanity, but at the end Cooch talks about 2016, and how Rand Paul and Ted Cruz are two of the best candidates for the Republicans. Cooch also claims that Barack Obama has “helped destroy this country,” and that we don’t have someone in the White House who “loves this country.” Also, the only reason Obama became president was because of Republicans failing for 6 years and the GOP abandoning “every principle we ever said that we ascribed to.”

After listening to this raving lunacy and wild-eyed extremism, I’d venture to thank any deity you believe in, or simply the wisdom of the majority of Virginia voters, that Ken Cuccinelli was not elected governor of our state. Boy, did we ever dodge a bullet (silver or otherwise) on that one. Phew!