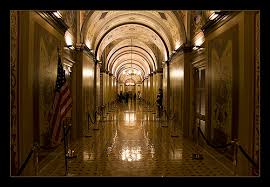 In the very mediocre 2004 satirical movie, “A Day Without a Mexican,” all the Latinos mysteriously disappear for a day from the Los Angeles area. The point is how dependent the people in that region are on the labor of Mexican workers. Nothing much can get accomplished, the movie indicates, without them.

It would be precisely the opposite if somehow, mysteriously, all the Republicans in the United States Congress were to disappear for a day. Just imagine all that could be achieved if they just disappeared.

1) Both Houses of Congress, without the Republicans present to obstruct the process, could pass the cap and trade bill that languished back in 2009. In one day, we could change the posture of America from head-in-the-sand to responsible actor on what is probably the most urgent crisis humankind has ever faced.

2) The long-festering sore of undocumented immigrants could finally get a reasonable cure — one which even George W. Bush sought to implement when he was president. Instead of having millions of people kept hopelessly hostage in a limbo of second-class status, they and the nation could move forward in a responsible way.

3) At long last, the nation could have a strong jobs program– solving many problems at once: rescuing many in the young generation from life-long damage to their prospects, funding much-needed repairs on America’s crumbling infrastructure, restoring some economic vigor to an economy whose recovery has been stuck on tepid because of inadequate demand.

4) A decent minimum wage could be established nation-wide, bringing the compensation of millions of workers up to the level (in constant dollars) that it was more than forty years ago, lifting people who work hard at full-time jobs out of poverty, and easing to some degree the destructive and unjust widening of the gap between the rich and poor in this country.

Doubtless there are other important accomplishments that would become possible — if the Republicans in Congress would just disappear for a single day.