Keep in mind that Nancy Najarian attempted to get on the ballot to be a Democratic candidate for Congress in Virginia’s 8th Congressional district, but didn’t qualify. Ergo, she is NOT a candidate, no matter how many times she says she is. As for Kim Kardashian, this is an individual who “came to prominence after a sex tape with her then-boyfriend Ray J was leaked in 2007,” is essentially “famous for being famous” (and for such admiarable activities as spending $100,000 on handbags – including “an extremely rare crocodile skin bag worth $30,000;” for posting a photo of her “diamond-encrusted handgun onto her Instagram page…weeks after signing a pledge to end gun violence in the wake of the Sandy Hook Elementary School shooting;” etc.), and who basically epitomizes the worst of worst of brain-dead, ultra-materialistic, shallow “celebrity” worship. So…any captions for this screen shot? 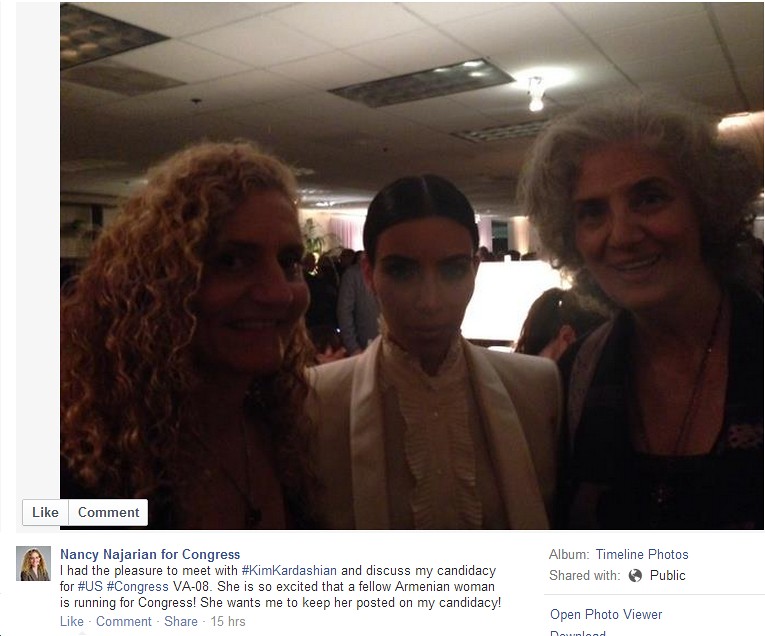