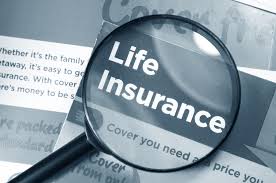 An op/ed of mine ran in the Richmond Times Dispatch this morning, and part of it involves my concern with how we’re doing as a society in the face of the challenge of climate change. This elicited from a reader an email that read,

Pl. relax, the house in fact is NOT on fire.  In stead if getting your climate science from politicians like Al Gore, john Kerry and B. Obama, or the feeders at the gov. grant trough at AAAS, pl. talk to those real scientists that Obama has insultingly called “flat-earthers such as Freeman Dyson, considered the most brilliant scientist in the country, Nobelist physicists Ian Giaever, and Robert Laughlin plus Edward teller, Friedrich Sitz, and Robert Zastrow, not to mention the many, many prominent climate scientists incl. Singer, Christy, Curry, Spencer, Singer, Idso plus Patrick Moore, co-founder of Greenpeace and thousands of others.

Then pl. write another op-ed

I replied to him thus:

There is no honest way, Mr. [his name], for anyone who is not an expert in climate science to come to the conclusion that the 97 percent of the scientists who know the most about the earth’s climate system are wrong and to decide that they’ll believe instead the 3 % of experts who believe otherwise.

97 percent is virtual unanimity. Their consensus represents the very best best judgment of which humankind is capable, at this time, regarding what’s happening with the planet’s climate and the risks it poses to us.

No matter what list you come up with of people who might question the overwhelming scientific consensus — the three percent of people qualified to have much of an opinion — on what basis can you justify choosing THAT list to believe, when there’s another list that’s more than thirty times as long of people who are issuing a full-throated warning to humankind, warnings the likes of which we have never before in our history heard from science?

There is no legitimate basis.

And they really know a lot about the science. Not everything, of course, but where else –when the stakes are as high as in disrupting the climate on the only planet we’ve got — do we require complete knowledge before we address real risks? It is irresponsible and imprudent in the extreme to fail to take the LIKELY risks into account.

What responsible human being would do nothing to avert what the world’s experts are saying may befall our children and grandchildren?

No responsible human being would ignore the non-trivial possibility that our inaction MIGHT inflict great suffering on the nation, on the planet, and on the people we love.

When we pay our big defense budget, we operate on the basis”worst-case scenarios,” thinking that we should be prepared for any risk. That approach is no less appropriate here.

In the America in which I grew up, any responsible middle class man with a family would pay the annual premium for life insurance, even if the actuarial table said there was but a 1 in 200 chance that he’d die in the coming year.

You simply do not leave your wife and kids vulnerable to even that 1 in 200 possibility.

If the scenario turns out as bad as the scientists now fear – a world struggling with the effects of the disruption of the planet’s climate, effects in areas of war and peace, hunger or prosperity, stability or instability, loss of habitat and a wave of extinctions, the climbing of the sea over our coastal cities – future generations may have a hard time understanding, or forgiving, how anyone could justify to themselves your attitude and your choice on how to perceive this apparent great danger now facing us.