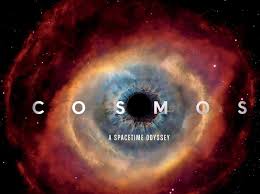 In America today, what might be called the “Spirit of Brokenness” has seized hold of one of our two major political parties, with the result that a battle of more than the usual urgency is being fought over the most fundamental of moral and spiritual issues:  constructiveness vs. destructiveness, justice vs. destructiveness, compassion vs. cruelty. And the truth vs. the lie.

We live in one of those times, in other words, in which in our nation something appropriately called “the battle between good and evil” is especially central to the dynamics of the era.

But over the long haul, in human systems, much of the foundational work to advance Wholeness in the world does not partake in any obvious way of the ways of combat.  At the same time, when the battle does come – as has now in America – the long, slow, patient work of making the world a better place has a strong bearing upon the battle’s outcome.

A quite lovely illustration of both the patient work of goodness, and the eventual relevance of that quiet work for future battles, can be found in the excellent current television series, “Cosmos: A Spacetime Odyssey.”

This series is, of course, a kind of sequel to the famous series, “Cosmos,” that was hosted by Carl Sagan more than 30 years ago. It is at the end of the first installment of the series that we learn that the new host, Dr. Neil deGrasse Tyson, is not just the replacement for the late Professor Sagan but that the connection between the two men goes much deeper.

Here’s how the story is told on one site:

Standing on the same seaside cliff in Northern California where Sagan filmed some of his scenes from the original series, deGrasse Tyson pulled out a 1970s ledger to show that Sagan had scheduled a day to meet with a then 17-year-old Neil, a kid from the Bronx who had applied to Cornell.

DeGrasse Tyson had his own artifact from that day – Sagan had given him a copy of one of his paperbacks, The Cosmic Collection, and had signed it to him, encouraging the aspiring scientist. DeGrasse Tyson explained how important that day was (even though he decided to go to Harvard instead)…


At the end of the day, he drove me back to the bus station. The snow was falling harder. He wrote his phone number, his home phone number, on a scrap of paper. And he said, “If the bus can’t get through, call me. Spend the night at my home, with my family.”

I already knew I wanted to become a scientist, but that afternoon I learned from Carl the kind of person I wanted to become. He reached out to me and to countless others. Inspiring so many of us to study, teach, and do science. Science is a cooperative enterprise, spanning the generations.

What is beautiful and whole in this is many-layered.

We start with the marvelous humanity of the older man, Carl Sagan. This eminent man reaches out here in so many ways to a youngster (African-American, incidentally), who aspires to be a scientist. He gives his time, his signed book, and an offer to help if help is needed.

Here is shown something that all of us, in countless ways in diverse situations, are in a position to do: to nurture the best in others, particularly but not only the young, to support and encourage our fellow human creatures to grow and flourish into the best of their potential. How much more whole the world would be if we all availed ourselves, as Carl Sagan did in this story, of our opportunities to support the best hopes and the hearts of our fellows.

The imparting of the pattern of wholeness is also clearly conveyed by the testimony of the recipient of this kindness and encouragement. Dr. Tyson decided then, he tells us, that he wanted to become not only a scientist like Sagan, but “the kind of person” Sagan had shown himself to be.

The pattern of “Pay it forward” is one of the ways that the force of the Good advances in the world. (Unfortunately, of course, the patterns of brokenness can also be “paid forward,” as when abused children become child abusers.)

In addition, the pattern of love and respect is here publicly perpetuated by the wonderful tribute that Dr. Tyson pays here to Carl Sagan. It’s a tribute of which the passage quoted here is only a part. And it was very moving. The generosity of spirit that Sagan showed the young Tyson is now brought full circle in this tribute by the generous and loving tribute he presents to the millions watching this series.

But there is one more way that what Sagan imparted to Tyson back nearly forty years ago has served the force of wholeness. That has to do with the ways in which the excellent series that Tyson is now bringing to American homes is entirely pertinent to the high-stakes battle being fought in America today.

The Battle for Truth

Although Wholeness gets imparted in many ways, many that have no direct connection with good “battling” against evil, such are the complex interweavings of forces in the world, the interplay of cause and effect, that the viewer of this outstanding new Cosmos series can see something important about the long-term nature of that battle: i.e., how the wholeness in the form of human kindness that Sagan extended is now bearing fruit quite relevant to the battle between good and evil in America today.

The series that Dr. Tyson is hosting is clearly not only about teaching people some important scientific truths about our universe, and about the unfolding of life on earth. It’s about all that, but also more than that.

One might say that this new Cosmos series is a long advertisement for science. But it would be still more accurate to say that it is a forceful argument for the honest and open-minded pursuit of the truth and against those forces that impose dogma as a tyranny over the human mind.

Again and again in the series, Dr. Tyson tells us of heroes who, asking questions, followed the truth wherever it led. And repeatedly, he contrasts these heroes with those who, with closed and narrow minds, insisted on blocking honest inquiry and on using raw power to impose their falsehoods on their societies.

One of the heroes is Giordano Bruno. Bruno had ideas of the vastness of the universe that have proved correct (by a “lucky guess,” Dr. Tyson suggests). But his ideas differed from the dogmas being enforced by the Inquisition, and Bruno ended his life imprisoned for years and then burned at the stake.

A second hero was the ancient Chinese philosopher, Motze, who propounded much of what might be called the scientific method. Dr. Tyson presents his open-mindedness in a suitably positive light, and then shows how a tyranny known by the name “Legalism” subsequently arose in China to snuff out that movement, burning books and burying alive those scholars who would not yield to the dogmas of the new rulers.

But it’s more than just the stories. In Dr. Tyson’s entire presentation one intuits an implicit awareness that his voice is being raised in a cultural/political context in America today in which the spirit of truth-seeking is embattled. One can sense in Tyson’s persistent advocacy of the spirit of honest inquiry that science represents an effort to counter those forces in America today that partake of the same spirit that burned Bruno in medieval Italy and burned the books in ancient China.

Truth is one of the vital forms of wholeness. For our beliefs to correspond to reality is a kind of wholeness. For our beliefs to be in conflict with reality is a form of brokenness. And a force that continually works to spread falsehoods — which is one of the most striking aspects of the spirit that has taken possession of the American right in our times — is a force of destruction, of brokenness, of evil, of death.

(In the cosmos series, the image of skulls is used to accompany the stories of those earthly powers that use force to strangle the truth.)

As Dr. Tyson now talks to a mass audience of Americans through this series, we see one of the long-maturing fruits of what Carl Sagan sowed in encouraging the young 17 year-old kid from the Bronx. The generosity of heart shown some forty years ago has become a force to battle to rescue our nation whose integrity is now under siege from the spirit of the Lie.

Admittedly, the series is not an expression simply of Dr. Tyson. But his role is important. And we might suppose that had that positive exchange between the older man and the younger man not occurred in the 1970s, we would not have this powerful, appealing, and effective voice talking to America — on the Fox network no less– to call us to the better, and more honest, angels of our national nature.

Such are the workings, over time, of the force of the good.