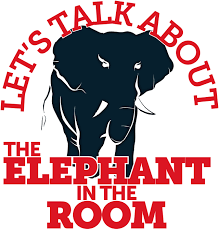 One hears the pundits saying, in the wake of the primaries this past Tuesday, that the Establishment wing of the Republican Party is wresting back power from the Tea Party wing. Could be. But those of us who are tired of the Spirit of the Lie wielding so much power in our nation’s politics have no dog in that intra-party fight.

The Republican Party of today is extraordinary in how vanishingly little role the truth plays in their communications and in determining their policy positions. I would wager that never in the history of major American parties has there been any that has been so pervasively dishonest.

Here’s how I see the battle.

The Party is united in dealing in lies, but it is divided between those who deliberately fabricate the lies, to manipulate the political process for their advantage, and those who buy the lies.

The big liars — con artists like Newt Gingrich, Rush Limbaugh, and Karl Rove — have tended to be at the top of the Republican hierarchy. Most of the people they succeed in conning are in the base of the Party. But in time, some of the believers in the lies rose out of the base into positions of power.

Over time the crazy base the con artists created started to take on a life of its own. Like a Frankenstein monster, it began to threaten those who brought it forth. It began to elect people who actually believed the crazy picture of the world the manipulators were putting out.

The birth of the Tea Party — fostered by Koch Brothers Money and the Murdock propaganda machine — brought forth a power within the Republican Party that began to challenge the Establishment. They knocked off the more decent Establishment Republicans like Bennett in Utah, Castle in Delaware, Lugar in Indiana.

The power structure of the Party came to contain two wings: the sociopathic wing and the crazy wing.

Crazy is often reckless. Crazy people — those whose view of the world is far removed from reality — will do things like shut down the government and take the country to the edge of the abyss when there was no prospect whatever of success or anything but political damage. And so people like Karl Rove of the sociopathic wing of the Party recognized the rise of the crazy wing as a threat to the Party’s quest for power.

To see the Establishment vs. Tea Party fight as one between the sociopaths and the crazies is not exactly right, but it’s pretty close.

(Someone like Ted Cruz, if I perceive him correctly, likely knows he’s dealing in lies as well as Karl Rove does. For Cruz, the crazy wing seemed like the opportune place for him to base his quest for power.)

But regardless of whether power in the GOP goes to people who know they’re lying or to people who have been worked up into a crazy view of the world, American politics is still poisoned by the lie.

After twenty-some years of listening to the likes of Limbaugh and Gingrich, the Republican base threatens anyone who shows sanity. As Paul Krugman wrote earlier this week, “allegiance to false doctrines has become a crucial badge of identity” for today’s Republican leaders. To wit, Marco Rubio’s know-nothing statements on climate change. But it’s the same on every other issue– from Benghazi to the IRS to Obamacare to gun rights.

The same pundits who have been talking about the recent triumphs of the Establishment have pointed out that the Establishment Republicans who won did so not by taking any more moderate positions, but by co-opting the whacked out positions of the Tea Party.

So the battle in the GOP is just about power. Either way, the Spirit of the Lie continues its reign in that sick part of our body politic.

It doesn’t matter which wing wins. What matters is that this destructive Party loses.