Yep, the guy who stated that 47% of Americans believe they are victims, etc. and then tried to deny ever saying it (he also lied and/or flip-flopped about a gazillion other things during the 2012 campaign) is partying with Ed Gillespie this evening in Virginia. What else do you need to know, other than do NOT under any circumstances vote for Ed Gillespie?!?

P.S. One more thing you might want to know is that, as Jeff Schapiro notes, “Gillespie advised Romney in ’12.” Ee gads. 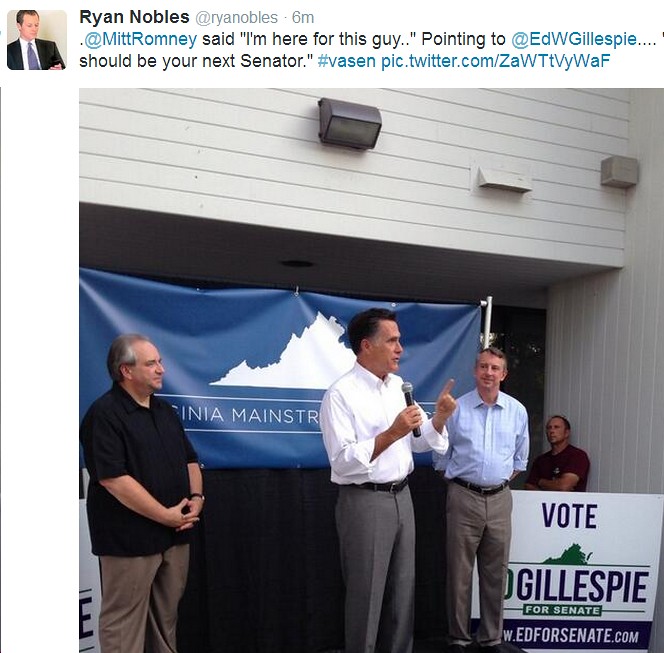