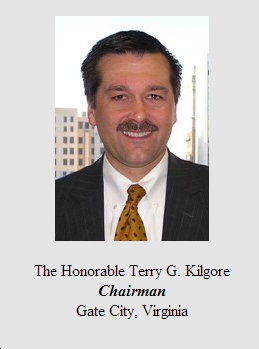 Let us now consider a series of odd coincidences here. Puckett was wooed away to run the Tobacco Indemnification and Community Revitalization Commission, which paid $309M to Virginia tobacco producers to persuade them to stop growing tobacco…

But, wait, there’s more. The tobacco commission actually gave a $2M grant to Star Tobacco to help them promote their cigarettes and chew, appallingly. And-get this-a big part of what McDonnell is in trouble for…

And it gets better still! The chairman of the tobacco commission is Terry Kilgore, the Republican legislator who is said to have struck the deal with Puckett. Kilgore’s twin brother, Jerry Kilgore, isn’t merely a former attorney general of Virginia, but he’s also the attorney representing Johnny Williams, the CEO of Star Scientific, in the McDonnell case.

These two tobacco-related scandals aren’t about the power of tobacco, it’s about the profound lack of ethics laws in Virginia.

We talk a good game here about “the Virginia Way.” This is the notion that rhetorical civility, bipartisanship, comity, and transparency are all that’s really necessary. We don’t need laws about ethics, because everybody in government is honest and everybody in the public knows it…It is now entirely evident that these people are utterly, humiliatingly wrong, but, much like legislative Republicans and Phil Puckett right now, they just don’t care, because it’s working out for them.

Kilgore and company will get their majority, and they’ll be able to keep 400,000 Virginians from getting health insurance and the state from getting $1.7B in federal taxes already being collected from Virginians, which are very important to them for some reason that they can’t quite explain. Puckett will get a job, with a salary that Kilgore says he’ll determine at a later date. (Can you believe that Puckett is quitting his Senate seat in exchange for a job with an undetermined salary? Yeah, neither can I.) Apparently that moral calculus-he gets a job, 400,000 people don’t get health care-makes sense to him.

This entire sad show-bound to make Virginia a national laughingstock yet again-is the cherry on top of the General Assembly’s completely useless ethics reform bill which, of course, does absolutely nothing to prohibit this. Selling your seat in exchange for a couple of state jobs is something that they never considered, despite its obviousness, because the entire bill was a charade, a performance for the benefit of voters. Well, perhaps “benefit” isn’t the word. The only people benefiting from this are the 140 members of the legislature. I can think of nineteen senators who might be wishing they’d written a better bill.

I would just remind everyone of Dick Saslaw arguging in crude language that ethics laws are irrelevant and unnecessary, it’s all because there are some people with a “computer chip in their head that’s not working, telling them the difference between right and wrong.” So, I guess Phil Puckett, who Saslaw spent hundreds of thousands of dollars on trying to keep in the Senate, has a “computer chip” that’s “not working?” Well, sure, that appears to be the case, but strong ethics laws would at least have made this illegal and possibly sent Puckett and others (e.g., Terry Kilgore) to jail for this crap.