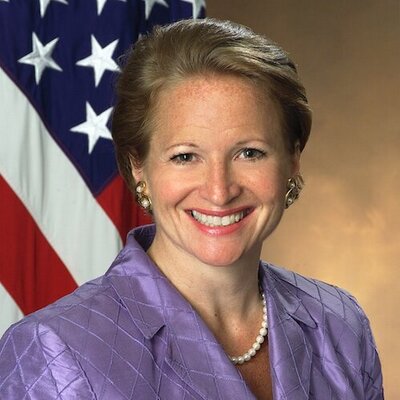 The following is from the Suzanne Patrick for Congress campaign. My question: what's Rigell afraid of exactly? His pathetic record of obstructionism, perhaps?

VIRGINIA BEACH, VA – One week has gone by since Suzanne Patrick formally challenged Congressman Scott Rigell to a series of debates to inform residents of the district about where the two candidates stand on the issues that matter – and Congressman Rigell is still ducking Patrick’s challenge and unwilling to answer for his record of dysfunctional Washington politics.

“It is disappointing that Congressman Rigell doesn’t see the importance of a conversation about the future of our country. The residents of the Second Congressional District should have a clear opportunity to learn where both of us stand on the issues that matter,” said Suzanne Patrick. “Congressman Rigell has repeatedly said one thing in Hampton Roads and done the opposite in Washington; he has failed his constituents by voting for the sequester and government shutdown, as well as voting against a minimum wage increase. Congressman Rigell is contributing to the dysfunction in Washington – and by refusing to explain his actions to his constituents, Congressman Rigell is once again sidestepping his responsibility.”

The proposed series of debates included specific topics relevant to the Second Congressional District, including:

– the role of Hampton Roads in our foreign policy and national security;

– global commerce and our local economy;

– promoting women and minorities in the labor force;

– guaranteeing that our kids are given every opportunity for the best education possible.

The Patrick Campaign firmly believes that the residents deserve these debates to learn more about the clear differences between the candidates, and stands ready to discuss further details with Congressman Rigell as soon as he accepts her challenge.