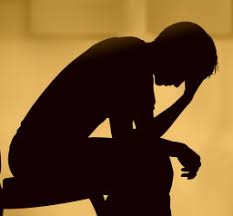 This series is about the role of Liberal America in creating America’s current dangerous political dynamic. The thesis is that it is the weakness of Liberal America that has allowed a destructive force to become to powerful, and that this weakness is due to a disconnection from the power of “the spirit.”

The previous installment ended with this statement: “One side is serving the dark spirit. The other side is impotent to rise to the defense of all that’s sacred that’s being destroyed.” The essay now continues thus:

But the sacred is something that Liberal America, by and large, has not been tapping into. That was not always true.

One can sense the sacred in the words of FDR, for example, engraved in the granite in that memorial on the National Mall. (And FDR was not shy about going toe to toe against his enemies, whether it be to help make the nation a better place or to stop the predations of the fascist powers against much of the world.)

That was then. But if one listens to the voice of Liberal America in these times, one does not get that same sense of being on not just a constructive effort but a sacred mission.

Lacking connection with the spirit and the power it confers, Liberal America has been consistently weak as this crisis has grown. For the spirit not only gives hope, but strength as well.

Thus Liberal America stood passively by, in 1990s, while Newt Gingrich and Rush Limbaugh used ugly propaganda techniques to instill the spirit of war (resentment, fear, enmity) into a large part of the body politic, with the result that at his point the age-old American value of compromise has become the kiss of death for Republican politicians. (I went on the radio with what the newspaper called “The Not Rush Limbaugh Show,” producing the kind of conversation – genuine inquiry, mutual respect – that could counter the damage Limbaugh was inflicting on America, goading the nation into war.)

Thus the political leaders of Liberal America – the Democrats in Congress – shrank from confronting by far the most lawless president in American history, George W. Bush. (“Most lawless” was the judgment of Bruce Fein — a Reagan jurist who had voted for Bush twice — whom I interviewed when Bush was president.). Despite the unprecedented trampling on the Constitution the Democrats had taken an oath to defend,  those congressional Democrats could not muster the boldness to defend the most sacred of American values against the most flagrant usurpations.

Then the Democrats in the Senate, in 2009, shrank from fighting back when a Republican Party – which had been repudiated by the American people in two successive elections — made an  unprecedented power grab, using using a mere Senate rule (the filibuster) to trump the Constitution by establishing a form of minority rule. Democrats acquiesced in this thwarting of the will of the people, with more than 400 bills passed in the house dying in the Senate because a minority would not allow them to come up for a vote.  No scandal punished these Senate Republicans for their scandalous conduct.

Likewise with the president, who seemed barely to notice that the Republicans – making it their top priority to make him fail – were making war on him in ways unprecedented in our nation’s history. Under constant attack from the Republicans, who shredded the American tradition of respecting the right of people who get elected to play their proper role on behalf of the American people, this president could not muster the moral outrage at this turning of America’s politics into a kind of war. (“The best lack all conviction…”)

Despite his bully pulpit, President Obama absorbed abuse without fighting back by calling out the un-American political conduct so the American people could see it for what it is. (When he did, he seemed bemused– not modeling the moral outrage that a healthy democracy should direct at the disgraceful behavior of these Republicans.)

Again and again, battles unfought became battles forfeited by a dispirited Liberal America. And this dark force continued to gain in power, while Liberal America showed itself blind to the spiritual darkness of the force that all that’s sacred in America calls out to us to rise up to defeat.

In a situation like that in America today, the lack (in the worldview of a significant component of Liberal America) of a place for the sacred has led to a disastrous weakness.

Definitely not impressive so far by Jason Miyares, for a supposedly strong frontrunner. https://bluevirginia.us/2021/05/video-results-thread-after-voting-saturday-in-unassembled-convention-virginia-gop-begins-counting-ballots-for-its-statewide-nominees#comment-5376510592 h/t @notlarrysabato

With 22% of weighted votes tallied, Chuck Smith is hanging in there with Jason Miyares for the VA GOP Attorney General nomination https://bluevirginia.us/2021/05/video-results-thread-after-voting-saturday-in-unassembled-convention-virginia-gop-begins-counting-ballots-for-its-statewide-nominees#comment-5376503486