Brilliant moves by 48th House of Delegates District Republican nominee Dave Foster on two counts. First, see the image below, with the absentee ballot his campaign’s handing out. That’s great, except the date on there is 3/27/2012 (the date of the special election for Arlington County Board, which Democrat Libby Garvey won by just 814 votes over Republican Mark Kelly. Brilliant. 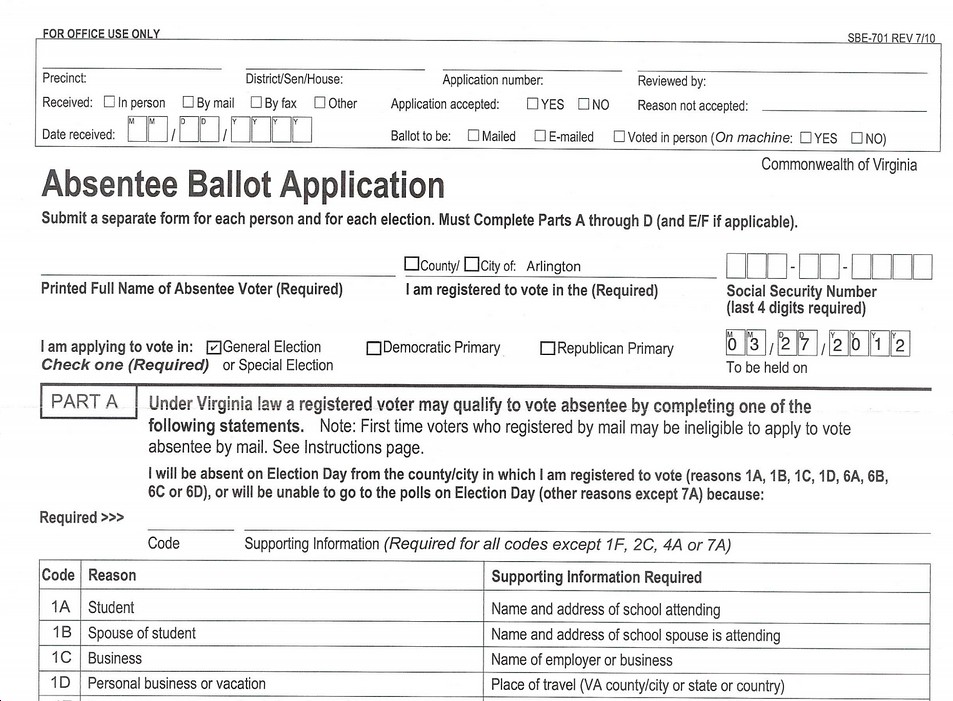 Next, see the image on the “flip” for a letter from Rep. Frank Wolf and freakin’ Barbara “Koch Lobbyist” Comstock (see here for her other extreme votes, including for “fetal personhood” and for mandatory “transvaginal ultrasounds”) on behalf of Foster. Also note the big lies on there, including the claim that Foster will somehow get Bill “ALEC” Howell and the other members (including Barbara Comstock) of the Teapublican caucus in the Virginia House of Delegates to finally agree to Medicaid “reform” (I think they mean “expansion,” but who the heck knows with these people?!?), something the House Teapublicans have been totally unwilling to do up ’til now. Why Dave Foster’s presence would change that in any way is beyond me. I also love the comment about being “fiscally responsible,” when Virginia House Republicans have been busy throwing away millions of dollars a day of our hard-earned tax money instead of taking it to strengthen Virginia’s ability to pay for urgently-needed health care for its citizens (many of whom live in rural, “red” districts). Other than that…great job by the Foster campaign! LOL 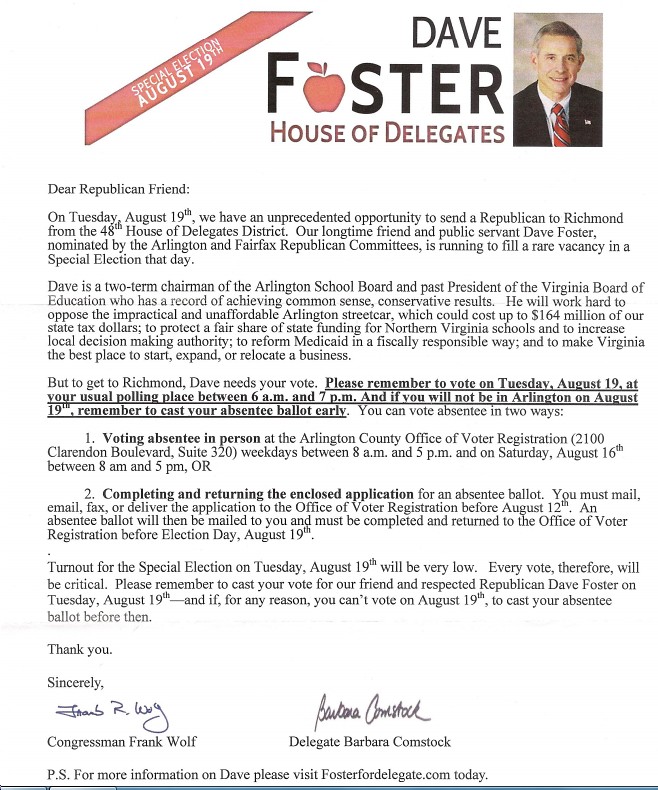