Why am I not surprised that extremist theocrat Marion “Pat” Robertson – the guy who said that non-Christians are “termites;” that Episcopalians, Presbyterians and Methodists are in the “spirit of the Antichrist;” that Islam is “violent political system bent on the overthrow of the governments of the world, and world domination;” that Hinduism is “demonic;” that feminism is “a “socialist, anti-family political movement that encourages women to leave their husbands, kill their children, practice witchcraft, destroy capitalism and become lesbians;” that a man complaining that his wife didn’t “respect” him should “‘move to Saudi Arabia,’ where beating his wife would be permissible by law;” etc. – would be enamored of the same far-right politician, Bobby Jindal, who Barbara Comstock and Ed Gillespie would also be BFFs with? Shocker, huh? 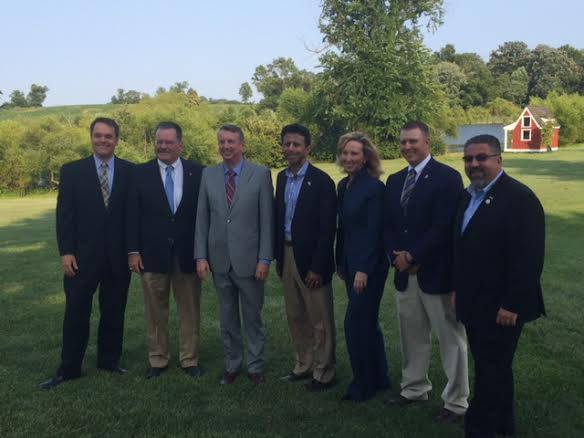