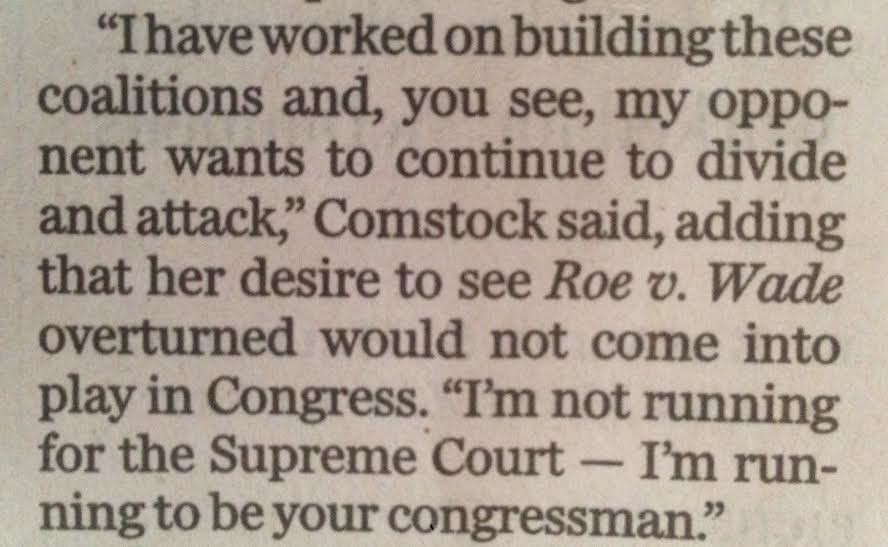 From the 10th CD Democratic Committee:

Comstock Voted for Virginia TRAP Laws That Closed Women’s Health Clinic. In 2011, Comstock voted for a bill that required abortion clinic to be regulated like outpatient surgical centers. As a result, the Board of Health adopted requirements that clinics “meet strict, hospital-style building codes that operators say could put many of them out of business.” [SB 924, 2011 Session, 2/21/11; Washington Post, 4/12/13]