Just one word for this: pathetic. Not only is Virginia lagging way behind other states, including ones to the north (MD, PA) and south (NC, GA) of us, we also fell further behind in the state rankings in the first half of 2014, according to the lastest Solar Energy Industries Association report, released late last week. Heckuva job by Dominion Power and its bought-and-paid-for, wholly-owned subsidiary, aka the “Virginia General Assembly.” #FAIL 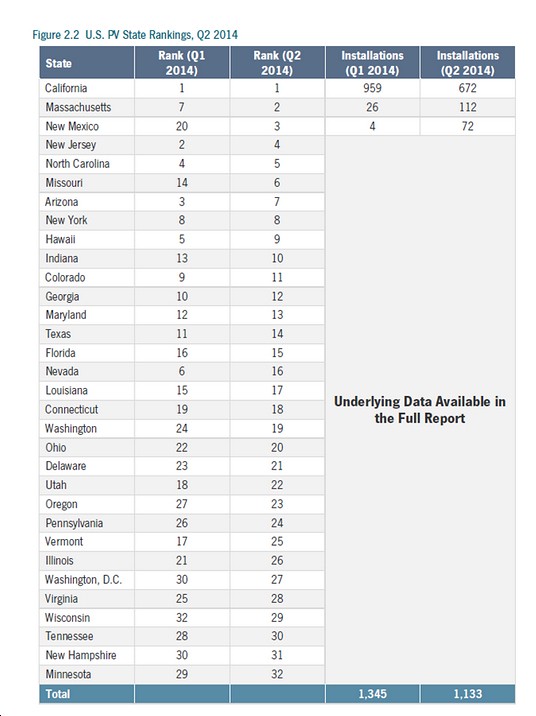