Cross posted from Scaling Green. For Blue Virginia, I’d just add that it’s long past time for Virginia to stop wasting its time looking backwards towards energy sources of the 19th and 20th centuries (e.g., coal, oil), and instead to look forward to the energy sources of the 21st century (mostly wind, solar, hydro and other renewables). In short, there is absolutely no need anymore for an “all-of-the-above” strategy. In fact, according to the science, the “all-of-the-above” strategy will mean continued global warming and environmental devastation. Crazy, in other words.

The following three graphics (click on the images to enlarge) are from a recent “Levelized Cost of Energy” (LCOE) study by Lazard – one of the world’s leading financial advisory and asset management firms.  I’m posting the graphics here because they demonstrate how competitive clean energy’s become (even with massive implicit and explicit subsidies to fossil fuels), and also how much cheaper renewable power is going to get over the next few years.  No wonder why the International Energy Agency just explained how solar “could be the world’s largest source of electricity by 2050,” with coal just about extinct (see the slide “Solar’s share varies significantly by region”). Great stuff; now let’s get on with the transition from dirty, dangerous, fossil-fuel-based energy to clean, renewable power. 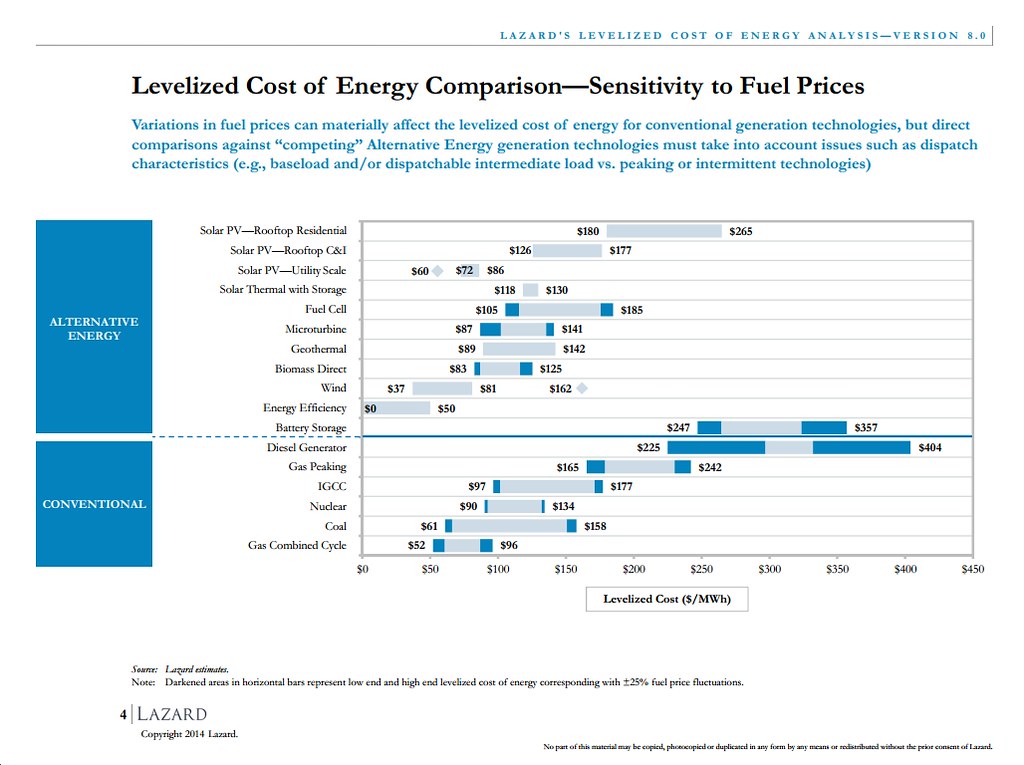 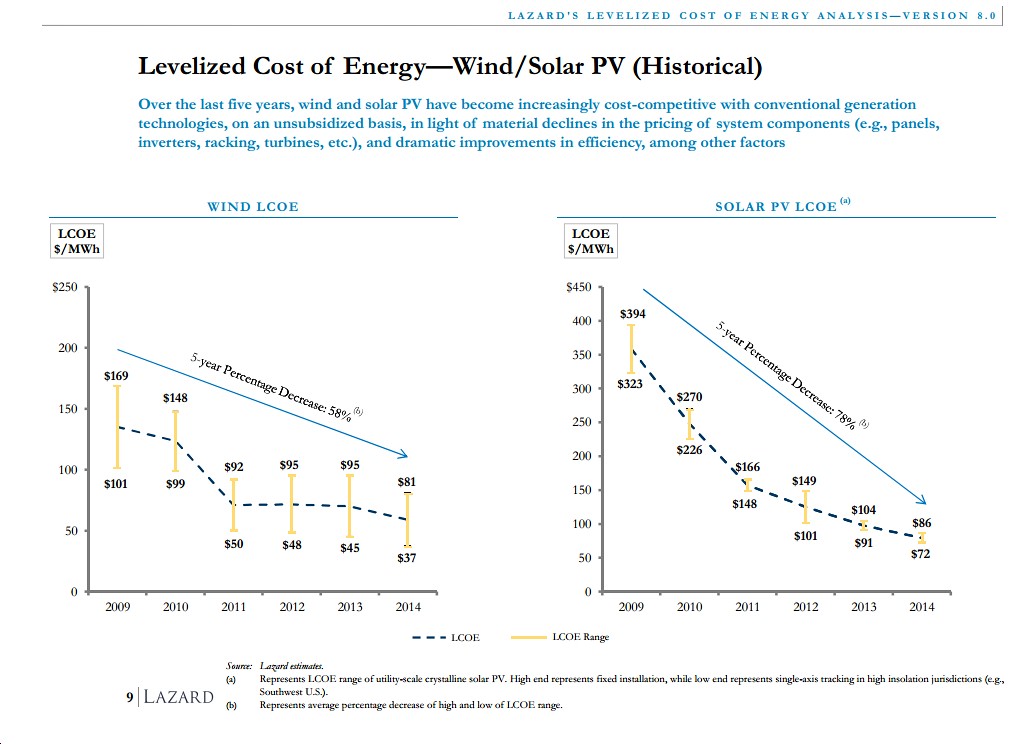 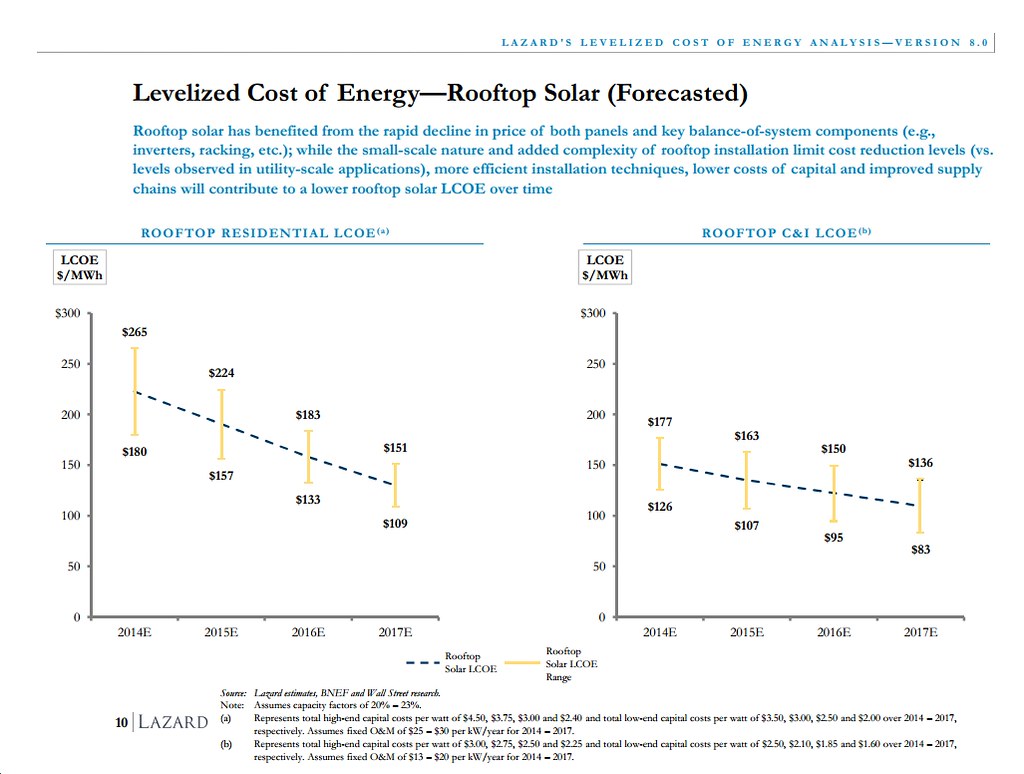