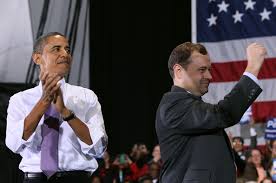 This is an update to – and a bit different from – my post of December 29, 2013, in which I ranked my nearly 11 years as a political blogger at the time. In this post, I’m going to rank  Virginia’s elections from 2005 (when I started blogging about Virginia, so these are the Virginia elections I know the best) through 2014, from the perspective of a Democrat and progressive, but also from that of a political junkie who likes to follow exciting, hotly-contested political races. Which Virginia elections from 2005 were the most exciting, inspiring, interesting, entertaining and successful (a combination of all those factors) for Democrats? Here they are, in descending order.

10. 2009: Just a godawful year in every way; do we even have to talk about it? In brief, we got wiped out in the Tea Party madness, resulting in the loss of great Democrats in the House of Delegates, not to mention the election of far-right-wing extremist Ken Cuccinelli as Attorney General, Jonnie Williams’ BFF Bob McDonnell, etc., etc. Plus, the Democratic primary between Terry McAuliffe, Brian Moran and Creigh Deeds was one of the most unpleasant experiences most of us who were involved in it have ever experienced. Good riddance 2009, may you forever rot in hell.

9. 2010: Not quite as bad as 2009, but not good either. I mean, any year when a superb Representative like Tom Perriello is defeated by an utter loser and right wingnut like Robert Hurt can’t be good. Throw in the loss of Rep. Rick Boucher (to the climate-science-denying wacko Morgan Griffith) and the defeat of Rep. Glenn Nye by Scott Rigell, and there’s really nothing good to say about 2010. Miserable.

8. 2011: The first election after the 2010 census and redistricting was no fun at all. As if losing two Senate seats (and control of the Senate, despite pro-Democratic gerrymandering) wasn’t bad enough, we also got our butts handed to us in the House of Delegates, falling from 39 to 32 Democrats. Oh, and as an added “bonus,” we had an extremely nasty/godawful Democratic primary between Barbara Favola and Jaime Areizaga-Soto. Definitely not a fun year in any way.

7. 2014: With just over two weeks to go in this year’s election cycle, it’s hard to remember a less inspiring, let alone exciting, set of Virginia elections than this one. For U.S. Senate, no serious analyst has ever put the Warner-Gillespie race on its radar screen as seriously competitive, but it’s not a total blowout either, and the Gillespie campaign apparently is determined to end it on an ugly note. In the end, it will probably be just a slogging-to-reelection victory by Sen. Mark Warner, over a dishonest, slimy corporate lobbyist/insider/partisan hack (“Enron Ed”). As for the U.S. House races, right now it’s not looking good for any Democratic pickups, although there’s still some hope in the 10th CD – although apparently not at the DCCC – for a late Democratic surge that might prevent the egregious Barbara Comstock from becoming “Congresswoman Comstock” (shuddderrrr). The other House races in Virginia? There are other House races in Virginia? LOL Seriously, they’ve been verrrry quiet, in part because the corporate media doesn’t do much of anything to cover them, combined with little social media (or “paid media” or “earned media”) activity by the campaigns, plus the fact that Republican incumbents figure (probably correctly) that it’s to their advantage to lie low (same for Democratic incumbents, like Gerry Connolly and Bobby Scott, for that matter). In sum, this could end up being known as the gerrymandered, incumbent-protection snoozer election. Zzzzzzzzzzzzz.

6. 2007: Not a bad year, overall, as Virginia Democrats took back the State Senate, flipping it from 23-17 Republican to 21-19 Democratic. We also picked up 4 House of Delegates seats, which sounds good but was actually a disappointment, as pre-election predictions by top Democrats like Tim Kaine had us expecting as many as 15 House seats (and 7-9 Senate seats). On a personal note, I spent a significant amount of time this year co-authoring the book Netroots Rising with Nate Wilcox. That was a great experience, no doubt about it.

5. 2012: Not a super-exciting year for me personally, and not nearly as fun as 2008 politically, but still a fairly successful year for Virginia Democrats, as Tim Kaine was elected to the U.S. Senate and Barack Obama once again carried Virginia in the presidential election. Of course, it’s was fun to be able to participate not once but twice in driving a stake through George Allen’s political career. Unfortunately, we weren’t able to win back any U.S. House of Representatives seats we lost in the 2010 Tea Party insanity, so that definitely lowers this one in the rankings.

4. 2013: This wasn’t the most inspirational campaign for governor (to put it mildly), but the bottom line is that Democrats swept the three statewide offices (over a bunch of crazy people, basically – appropriately known as the “extreme team”). I also had the privilege of consulting to Mark Herring, who won a tougher-than-expected primary over Justin Fairfax, and then went on to narrowly defeat Mark Obenshain for AG after a recount. The main disappointment of 2013? The House of Delegates, where numerous top Democrats were hoping to pick up as many as 10 seats, just a week or two before the election. In the end, we netted just one seat (or zero, depending on when you’re counting it), which of course was disappointing and, frankly, unacceptable (and lowers this year in the rankings a couple notches). We’ve certainly got to do better in the General Assembly races in 2015 (we can’t do any worse, right?), and hopefully we will with Del. Scott Surovell moving up in the State House Democratic caucus’ leadership ranks.

3. 2005: This one was a lot of fun for me personally, and I think for a lot of Virginia grassroots activists on both left and right. The political blogosphere was really taking off, and the corporate media was still in the relatively early stages of its decline, so coverage was excellent. Of course, this was in the era (just 9 years ago – ancient history?!?) before YouTube, Facebook, Twitter, ubiquitous mobile technology, live streaming, etc, etc., which meant we had to actually show up physically at events in order to cover them (what a concept – heh). But again, it was a lot of fun. In the broader picture, this was after George W. Bush had been (very) narrowly reelected in November 2004, and Democrats were starting to get fired up. Then, Hurricane Katrina hit in late August 2005, with the totally botched response by the Bush Administration causing Democrats to get even more fired up. We also had a tight, exciting race for governor between Tim Kaine (running as “Mark Warner Part II”) and Jerry Kilgore, with the latter running the bizarre “Hitler ad” that ended up backfiring big time. In the end, Kaine ended up winning by 6 points over Kilgore, with independent candidate “WE WANT POTTS” (Russ Potts) getting just 2%, but providing some definite entertainment value. We also had an extremely close Attorney General’s race, with Bob McDonnell eking it out by just 360 votes over Creigh Deeds in a recount (how would history have changed if Deeds could have won 361 more votes that year?). In the LG’s race, Democrat Leslie Byrne lost by just 1 percentage point to Republican Bill Bolling (again, imagine the difference if Byrne had won). Finally, Democrats picked up 4 seats in the House of Delegates, taking Republicans down to 57 seats. Anyway, it was a fun, interesting election, with mixed results for Democrats (at least we “raised Kaine” to the Governor’s Mansion; would have been far better if we had won the AG’s race and possibly the LG’s race).

2. 2006: I’m biased, as I was heavily involved in this one (e.g., I worked on Jim Webb’s Senate campaign), but the Jim Webb vs. George Allen race was clearly one for the ages. It started with a true grassroots movement (“Draft James Webb”) in a race that the so-called “experts” said was unwinnable against Sen. George Allen, with millions in the bank and all the advantage of incumbency at his disposal. Heck, Allen was barely even running for reelection to the U.S. Senate, but was more focused on a potential candidacy for President in 2008. We started 2006 with a wild Democratic primary between Webb and Harris Miller, in many ways the Virginia “establishment”‘s pick, against what Jim Webb himself affectionately called a “rag-tag army.” We had the first major use of YouTube to help sway a major U.S. political contest, with George Allen’s racist “macaca” gaffe/tirade/meltdown. We also had a lively Virginia political blogosphere chronicling every move, breaking stories (e.g., “macaca” on NLS) and not letting them fade out (e.g., on Raising Kaine), and fighting it out between “leftosphere” and “rightosphere.” We had “army boots vs. cowboy boots,” George Allen’s secret Jewish heritage (to which he took umbrage at first, when it was raised by Peggy Fox in a debate). We had “Real Virginians for Webb” and other great grassroots efforts by folks like Annabel Park, Eric Byler and many others. And in the end, we had about as narrow a victory as you can get, with Jim Webb finally pulling ahead around midnight on election night, tipping the U.S. Senate to Democratic control as part of a nationwide, anti-Bush/anti-Republican “wave” election. Amazing. As for other races, the House races weren’t particularly successful (e.g., Phil Kellam lost a race many thought he’d win against Thelma Drake; Judy Feder got crushed by Frank Wolf; Tom Davis easily defeated Andy Hurst), but there was the heated anti-marriage-equality “hate amendment” on the ballot, which sadly passed. Anyway, a fascinating year no matter how you look at it. Also a successful one, in that the Webb victory made it possible for Democrats to regain control of the U.S. Senate. Not bad.

1. 2008: By far and away, this was the greatest year in Virginia politics since I’ve been involved. To recap: Barack Obama became the first Democrat to carry Virginia since LBJ in 1964, not to mention the first African American president, in an exciting, grassroots “movement” race which saw Obama campaigning heavily in Virginia (including the last rally of the entire campaign, at 10:30 pm in Manassas the night before the election). Virginia also was part of the exciting Democratic primary campaign between Obama, and Hillary Clinton (Obama won the primary 64%-35%, helping him take another step towards the nomination). In closing weeks, volunteers from all over the country converged on Virginia to help Obama carry the state against John “GET OFF MY LAWN!” McCain and his extremist, freakazoid running mate Sarah Palin. Oh yeah, as if all that wasn’t enough, 2006 also saw Democrat Mark Warner crushing Republican Jim Gilmore by 30+ points, and Democrats winning back the 2nd district (Glenn Nye over Thelma Drake), 5th district (Tom Perriello in a stunning upset over Virgil Goode, who several Democratic “experts” had said was unbeatable – ha!); and the 11th district (Gerry Connolly over Keith Fimian, after first winning a super-heated primary with former Rep. Leslie Byrne). Bottom line: I’m not sure you can get any more fun, exciting, and successful for Virginia Democrats than 2008.