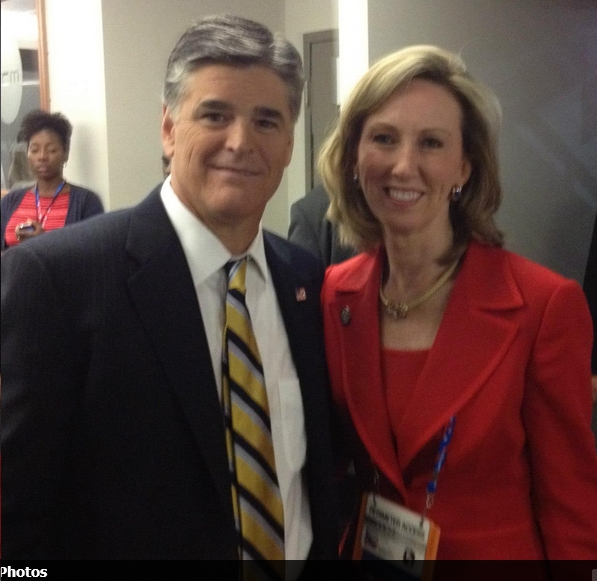 Kathleen Parker is a right wing op-ed writer, but usually one of the better, saner ones out there (not saying much, I know). Not today. In her screed, The silly, selective ‘war on women’, she manages to: a) rant about “extremists on the pro-choice left”; b) falsely claims that the entire Republican “war on women” (and no, it’s not made up by Dems; sadly it’s real) is about abortion, when in fact it’s about equal pay for equal work, access to contraception and family planning, health care, etc. as well; c) claims that John Foust is “a man whose disrespect toward women and the single job only women can do – mothering – is at least as offensive as Limbaugh’s name-calling.”

Wow. Just wow. That’s some seriously insane s*** right there, on every level. And the Post printed this gar-bage? More “wow” and “just wow” and…

Meanwhile, on her Facebook page, that poor, beleaguered Barbara Comstock, the “pit-bull staffer” — who somehow isn’t tough enough to defend her honor against whatever slings and arrows, real or imagined, come her way — is busy quoting her hero (or should it be “heroine”?) du jour, Kathleen Parker. And the first comment on Comstock’s Facebook status update, by a male (of course!) supporter? Check this out.

The Democrats are the Party at War will ALL American CITIZENS, female or male, to sell their rights to buy the votes of Illegal Invaders for a soviet style one party America ruled by the Democrats. Any woman who believes the Democrat “War on Women” lie should ride in the back seat of Kennedy’s car like Mary Jo & see how it feels.

Also note that Comstock hasn’t deleted that abominable, despicable (any other synonym for “heinous” you can come up with) comment, or denounced it. And I bet she won’t, as she’s never denounced other extremists who have endorsed her, people like Sean Hannity and Mark Levin, who have said more vile, bigoted, insane things in the past few months than you’d think it’s humanly possible to say (or even THINK!) in a lifetime. That’s Barbara Comstock and her core supporters right there. These are, in short, the LAST people who should be criticizing John Foust for what was, admittedly, a stupid gaffe, but certainly not proof (or even evidence) that he’s disrespectful to women in any way. Except, perhaps, for not respecting Barbara Comstock’s abysmal record in her numerous “real jobs” (e.g., waging a jihad against the Clintons, defending Scooter Libby, consulting to the Koch brothers, voting for trans-vaginal ultrasound legislation) over the years.