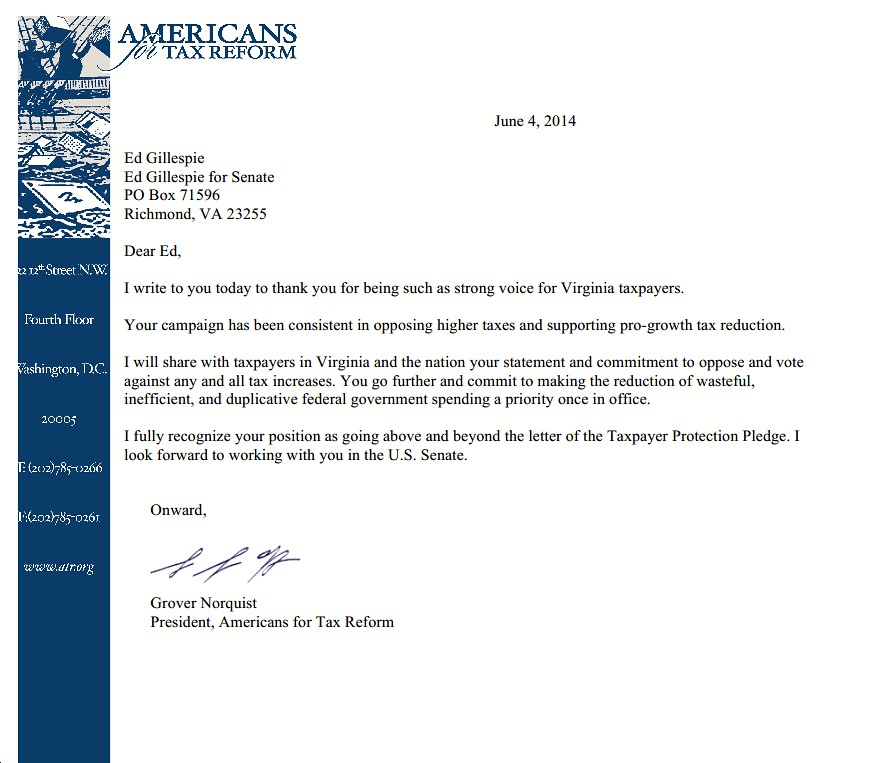 UPDATE 7:52 pm: Warner’s closing statement emphasizes that he took a deficit and turned it into a surplus; Gillespie worked for an administration that did the exact opposite. Enron Ed basically repeats his b.s. talking points. I have no patience to listen to this liar anymore. Utterly insufferable.

UPDATE 7:44 pm: Question on sequestration. Gillespie says the House passed a replacement for sequestration, but of course doesn’t mention the horrendous details of that bill (see The Hill, which says: “Democrats blasted the proposal as one that would spare defense programs but apply deeper cuts to needed social programs, and avoided ending tax breaks for oil companies. Democrats proposed a motion to take up their proposals, but the GOP House rejected them.”) Warner says we didn’t hear anything from Gillespie about making hard choices. Says he got the Navy’s highest civilian award for fighting sequestration cuts. Says the way to get rid of sequestration is to stop “punting.” Says you need BOTH tax reform and entitlement reform, “both sides of the balance sheet.” Gillespie laughs, says just because Warner keeps saying he’s signed a pledge by Grover Norquist doesn’t make it true. Uh….here’s the letter (June 4, 2014), in which Norquist says: “I will share with taxpayers in Virginia and the nation your statement and commitment to oppose and vote against any and all tax increases. You go further and commit to making the reduction of wasteful, inefficient, and duplicative federal government spending a priority once in office.”

UPDATE 7:40 pm: Question about Ebola and should Virginians be concerned. Warner says he’s concerned like all Americans are, says the administration should have acted quicker to increase screaning (“which they’ve finally started to do”), spot signs of Ebola, etc. May be time to consider in countries like Liberia to restrict flights. Warner says that cuts to public health and sequestration, not to mention “stupid pledges,” hurt our ability to fight diseases like Ebola. Gillespie says it’s time to impose a flight ban from Ebola-affected places in Africa. Of course he doesn’t address the fact that his party has cut funding to NIH, CDC, etc. Warner says Gillespie’s last charge “really takes the cake.” Says sequestration is “stupidity on steroids,” but the alternative was for the nation to default, so he assumes Gillespie supports our nation defaulting. Says he advocated the Simpson-Bowles plan, but “too many people had taken pledges.”

UPDATE 7:35 pm: Question on Medicare. Gillespie claims we need to save it, but that is  NOT what his party would do. See for instance the Ryan plan, which would be an absolute disaster. Gillespie also keeps throwing out the Big Lie from the 2012 campaign about the supposed money taken out of Medicare. Warner correctly states that Gillespie’s claim is “totally false.” Don’t believe him? See FactCheck.org, which states: “The GOP talking point is misleading for several reasons: The Affordable Care Act doesn’t slash $700 billion from the current Medicare budget; instead, this is a cut in the future growth of spending over a decade. Furthermore, the reductions apply to payments made to hospitals and other non-physician providers, and it remains to be seen whether those would translate into reduced services. Finally – and most ironic – that same $700 billion in ‘cuts’ is part of the Ryan budget plan that McConnell voted to consider.” Yep, “ironic” is one word for it.

UPDATE 7:30 pm: Question on energy policy. To summarize, I disagree with both Warner and Gillespie on this one, but I disagree a lot more with Gillespie. At least Warner is supportive of renewable energy and believes in the science of climate change. Gillespie? Who knows. Oh, now Gillespie’s throwing out the wildly misleading comment about gasoline prices increasing since the depths of the Bush Great Recession. What a jerk. Warner says Gillespie lobbied against increasing fuel efficiency standards and was the largest lobbyist for Enron, where 20,000 folks lost their jobs and pensions. Gillespie says Enron was a client 13 years ago, was considered one of the best companies in America, and Warner was an investor. Gillespie and Warner really going at it on this, Gillespie says this is a “personal attack.” Gillespie says he had no idea of the fraudulent practices of Enron, noone did.

UPDATE 7:25 pm: Question on money in politics. Gillespie yet again is the LAST person to credibly talk about this subject. Gillespie says Warner’s SuperPAC has spent $1.4 million against him. Warner says he strongly supports campaign finance reform, says Supreme Court got it wrong in Citizens United. Says we should get rid of SuperPACs. Says Gillespie and Karl Rove formed “granddaddy of all SuperPACs.” Says we need independent redistricting reform and campaign finance reform. Gillespie of course has to bring up unions, because…well, that’s what Republicans do – bash working people.

UPDATE 7:21 pm: Question on ethics. Warner restates the circumstances of the Puckett situation, didn’t offer anyone anything. Virginia’s been “a bit tarnished” over recent scandals, we need stricter ethics laws (Lowell’s note: you listening, Dick Saslaw?!?). Gillespie basically says he doesn’t believe Warner that this call was “just a coincidence.” Says Senators have a great deal of influence on judicial nominations. Says “I will not play politics with recommendations to the bench” (hahahahahahahahaha!). Says the questions about the Puckett situation have not been answered (I agree, but would start at the beginning, with the Republicans offering goodies to his daughter and him to throw the Senate to their control). Again, Warner says he supports stronger ethics laws.

UPDATE 7:16 pm: Question on protecting/strengthening Social Security. Gillespie will have to ignore his entire party’s record, disown Paul Ryan, renounced Grover Norquist and do a few backflips to truthfully claim he’s going to protect/strengthen Social Security and/or Medicare. Which, of course, he can’t do without his nose growing a few more inches. Warner says Social Security is a crucial program, but the math doesn’t work anymore. “Unlike my opponent,” Warner says he’s laid out specific changes to safeguard Social Security. Says Gillespie was the major cheerleader for the Bush/Cheney plan to privatize Social Security, which would have devastated millions of retired Americans. Gillespie says Warner’s been a “top staffer himself” (a non-response, as usual, by Enron Ed). It also will be interesting to see how many times Enron Ed says the word “Obamacare” (real name: the Affordable Care Act) in a negative, and of course dishonest, way.

UPDATE 7:12 pm: Sen. Warner says we need to get away from educational testing and get rid of or seriously reform “No Child Left Behind.” Says Gillespie took the Grover Norquist pledge, which effectively says it’s better to cut education and the military than to cut a single tax loophole. You have to look at both sides of the balance seat. Gillespie wouldn’t be able to reform OR fund education. Gillespie says Warner made a “flat-out wrong statement.” Attacks Warner for supposed tax increases, when in fact federal tax rates near their lowest levels in decades. Gillespie keeps mentioning the debt, yet of course takes no responsibility for what happened to the debt under President George W. Bush (it skyrocketed). Warner says he has the letter from Grover Norquist’s letter complimenting Gillespie on the pledge.

UPDATE 7:06 pm: Question on Voting Rights Act. Gillespie says he would “look at this legislation,” claims voting is a sacred right, yet ignores the fact that HIS PARTY has been working hard to suppress voter turnout. Attacks Warner on former Sen. Puckett’s daughter (what does this have to do with voting rights? who knows?). Warner says he strongly supports the Voting Rights Act, we need to EXPAND voting rights, finds it remarkable that there are efforts that Gillespie’s party is working to SUPPRESS voting rights. Warner says he’s been friends with Sen. Puckett and his family for more than 20 years. Talked to his son Joseph to find out what was going on, brainstormed about possible opportunities for Joe’s sister. “I did tno offer her a job, nor would I offer her any kind of positions.” Gillespie tries to claim he’s not making accusations, which of course is exactly what he’s doing, and of course dodges the question about his OWN PARTY offering Sen. Puckett and his daughter jobs in exchange for Sen. Puckett resigning and throwing control of the Senate to Republicans. This “Enron Ed” is a real piece of work.

UPDATE 7:02 pm: “Enron Ed”‘s opening statement, how about we all take a shot when he either lies or says “Obama-Warner policies?” LOL Wait, higher prices for energy?!? Last I checked, oil and gasoline prices were at their lowest point in years. What on earth is this guy talking about? Basically, almost every word Gillespie’s saying is either an outright lie or highly misleading. Hard to even know where to start…