Thanks to Ben Tribbett for the following map, which shows election results from last Tuesday for the Arlington County Board race. The color coding is as follows: Blue=Alan Howze (D) by 10%+; Green=Alan Howze by less than 10%; Red=John Vihstadt (R/I/whatever) by 10%+; Orange=John Vihstadt by less than 10%. So, basically, the anti-Columbia-Pike-streetcar candidate (Vihstadt) did the worst along diverse, relatively less affluent Columbia Pike (Rt. 244). Vihstadt did the best mostly in overwhelmingly white, affluent, large-single-family-home, northernmost Arlington (also folks who aren’t likely to be using the streetcar, of course). In contrast, the pro-Columbia-Pike-streetcar candidate (Howze) did best along Columbia Pike and worst in northernmost Arlington. Also interesting is to compare this map to the one Ben did of crossover voting, which generally showed the highest Warner/Beyer/Vihstadt voting pattern north of Route 50. Thoughts? 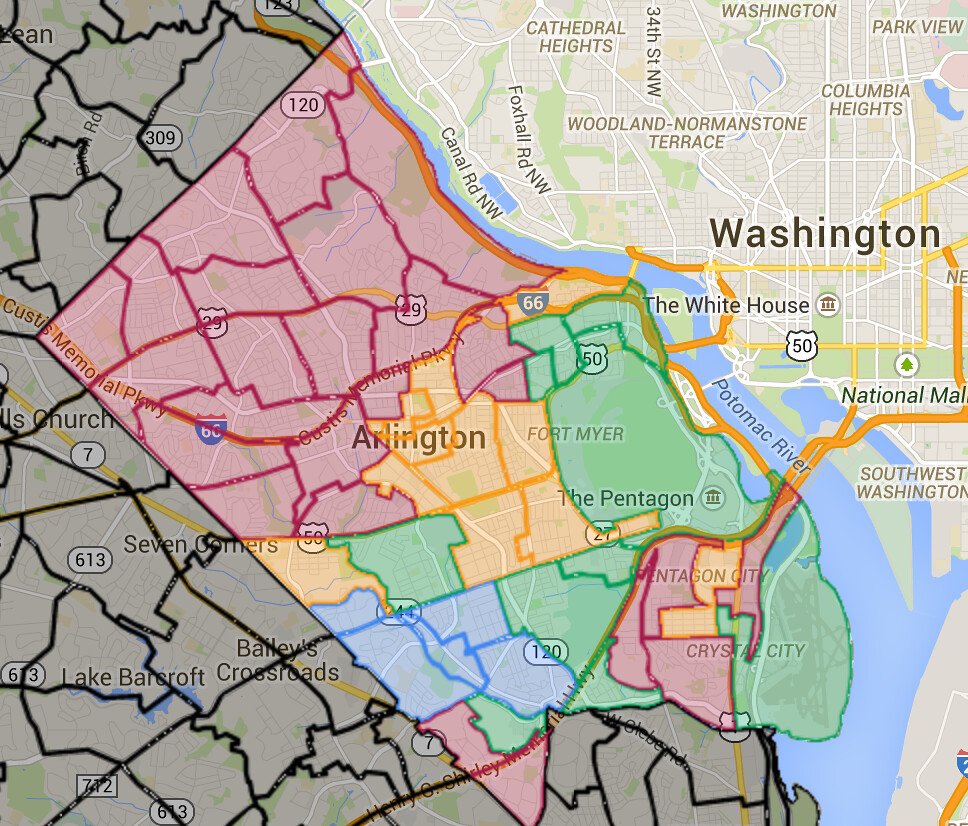