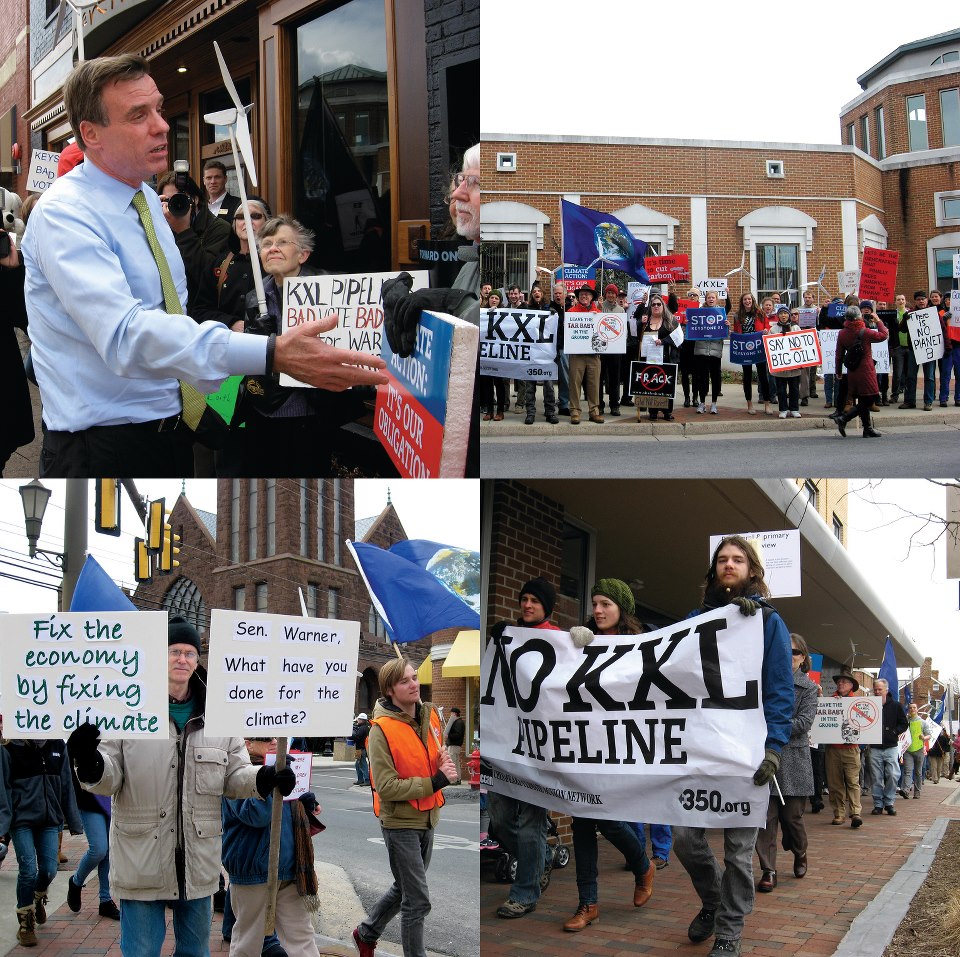 At least one of Virginia’s U.S. Senators gets it on the Keystone XL dirty Canadian tar sands export boondoggle.

Sen. Tim Kaine sent an e-mail to supporters Monday morning, telling them he opposes Keystone and urging them to show their opposition.

“As a nation, we need to take a stand to support clean energy, create green jobs, and reduce pollution. That’s why I hope you’ll join me in opposing the Keystone project.

The main issue isn’t the pipeline itself. The problem is that the pipeline would transport tar sands oil, fuel that is 15-20% dirtier than conventional petroleum.“

Exactly right, and very much in line with what Kaine talked about two years ago at Tigercomm:

*It’s time for opponents of clean energy to stop acting like the reign of fossil fuels as our dominant energy source constitutes some sort of inviolable theology.

*Even for those who don’t “believe” in climate science, or who think clean energy is a science project, it’s still common sense to move ahead aggressively with energy efficiency and clean energy. Unless, of course, they want America assigned permanent international follower status on the technologies other counties want to lead.

*If we find out in 50 years that the climate science was wrong, we’re still ahead by getting off the dirty stuff. If the 98% of practicing climate scientists were right and we let clean energy pass us by, we’ll deeply regret it.

As for Virginia’s other Senator, the one who loves to blame “both sides” for everything and pretend to be what he calls a “radical centrist” (reward to anyone who can get a clear answer out of Warner about what that means?), he’s just completely wrong when it comes to Keystone XL, making the bizarre claim that somehow Keystone’s spur to tar sands development is needed “to make sure we decouple Europe’s dependence on Russian oil and gas so they can become more independent.” WTF?  I mean, I worked on international oil markets for 17 years, and I really have no idea what he’s blathering about on this. Regardless, any spur to development of the Canadian tar sands would be a huge mistake if we care about, ya know, the planet not burning up and stuff? Apparently, Warner’s more concerned with more important things, like…uh….