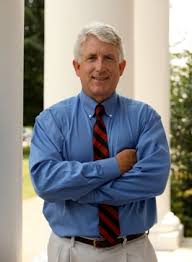 Overall, this is good stuff (see below) from AG Mark Herring's office. A few points I'd make: a) this is a diametrically different – and better! – point of view on environmental/energy issues than what we were getting with Ken Cuccinelli, and what we would have gotten if (god forbid) Mark Obenshain had won the 2013 election for AG; b) AG Herring states point blank the fact that human emissions of CO2 are causing climate change and threatening Virginia; c) AG Herring also argues, reasonably, that implementation costs must be balanced against the benefits to health, the environment and the economy when considering the proposal; d) because AG Herring understands that this is a draft rule, he's pointed out some legal questions that need to be addressed in the final rule, rather than rushing to sue (as the fossil fuel folks and the Bill Howells of the world want to do); and e) having said, that, I would say the last three bullets are unnecessary, as what the EPA is doing here is not only WELL within its legal authority (e.g., under the Clean Air Act), but frankly overdue and not aggressive enough to achieve the CO2 pollution reductions that scienists like Michael Mann say are required to avert catastrophic global warming. Let's stop procrastinating and get the job done already!

~Outlines a comprehensive approach to evaluating costs and benefits, and changes that can improve the Rule for Virginia ~

RICHMOND (December 2, 2014)—In comments submitted to the U.S. Environmental Protection Agency regarding its proposed Rule to reduce carbon emissions from power plants, Attorney General Mark R. Herring, in his role as Attorney General and counsel for Virginia consumers, has outlined an evaluation approach that considers economic, health, and environmental benefits alongside implementation costs.  He also recommended policy changes that will give Virginia more flexibility in implementation and more equitable treatment for carbon reduction strategies, and identified potential legal issues that EPA should address prior to issuance of a final Rule.

“In 2014, it is beyond good-faith debate that climate change is being caused by greenhouse gas pollution, with CO2acting as a primary pollutant. While estimated implementation costs  for the proposed  Rule to electricity ratepayers have varied widely among stakeholders, a slow or inadequate response to climate change would also produce significant costs and negative impacts on Virginia consumers,” said Attorney General Herring. “Any review of the costs of implementation must be balanced with the benefits to our health, environment, and economy. If Virginians see lower electric bills but higher medical bills or more days of lost work because of air pollution and catastrophic weather, honest accounting must acknowledge the trade-off. The same can be said of farmers struggling through drought or military installations and coastal residents who are staring down the realities of sea level rise. At this stage, this proposed Rule calls for a cooperative, rather than litigious approach. Our comments outline a responsible approach for evaluation, recommend changes that would improve Virginia's ability to implement a carbon reduction plan, and raise some legal questions that EPA should address in developing a final Rule.”

The comments also outline several legal questions that should be addressed by the EPA to ensure the final Rule is firmly grounded in the law and within the EPA's legal authority:

The Attorney General's comments were developed after months of evaluation and meetings with a wide variety of stakeholders including utility and other business leaders and consumer, health, and environmental advocates.

Is this voter intimidation? According to the #Fairfax County Democratic Committee's Executive Director @JackKiraly, "Voters are visibly terrified" and "many need escorting through the crowd of Trumpers screaming and shouting" https://bluevirginia.us/2020/09/fairfax-county-democratic-committee-chair-republicans-are-straight-up-attempting-to-intimidate-voters-circling-the-parking-lots-with-their-trump-flags-and-horns-blaring#comment-5077246010