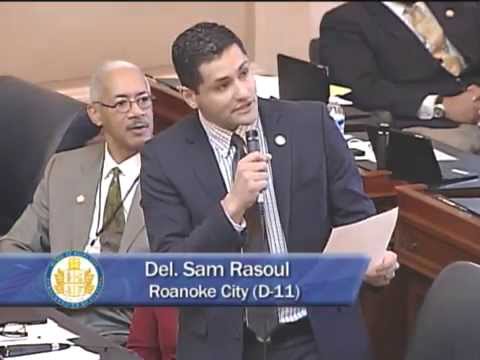 The following statement from Del. Sam Rasoul (D-Roanoke) blasts the decision by Norfolk Southern to close its Roanoke office building, with the jobs of several hundred people who work there being moved to Atlanta or Norfolk. And no, this has nothing to do with any so-called “war on coal,” as broken records Rep. Morgan Griffith (R) and Rep. Bob BADlatte (R) hysterically claim (oh, and take one guess: yep, everything’s Obama’s fault!). Instead, what’s happening is that China has decided to switch much more to clean energy, in large part because coal has had devastating environmental consequences for that country’s citizens. In addition, the reality of climate change is leading many countries to move away from coal and towards renewables and natural gas, both of which are cost-competitve (or better) with coal. In this country, coal has lost out largely to cheap, “fracked” natural gas the past few years, and increasingly to inexpensive wind and solar power as well. So, it’s basically market forces at work, although clearly if we incorporated the massive, negative “externalities” associated with coal into its price, it would have been dead long ago. Now THAT would be a real – and completely justified – “war on coal!”

ROANOKE, VA – Delegate Sam Rasoul (D-Roanoke City) criticized today’s announcement that Norfolk Southern will close its building in Roanoke and relocate, resulting in a loss a 400 jobs to the Roanoke region.

“I was shocked and deeply disappointed to hear about Norfolk Southern’s plans,” said Rasoul. “Aside from uprooting hundreds of families and dealing a severe economic blow to the Roanoke Valley, the decision shows a blatant and insulting disregard for Roanoke’s role in helping to build the railroad in our region. Roanoke has long been a crossroads for the railroad. The railroad is central to our history to the point that it is the primary image on our city seal.”

Warner dominated the second half of the debate as well, talking about his optimism for America's future and record of getting things done for people, while Gade ranted about drop boxes and "antifa." Such a stark contrast - GO WARNER! https://bluevirginia.us/2020/09/video-sen-mark-warner-d-debates-republican-opponent-daniel-gade-at-7-pm-on-nbc