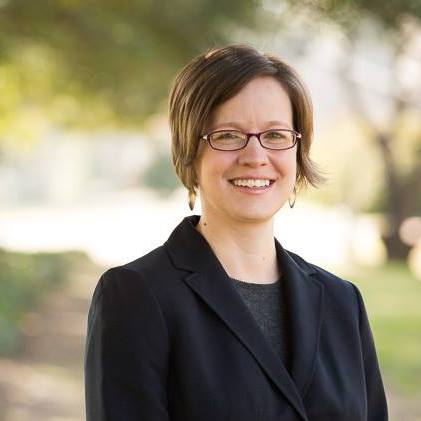 Back in November 2014, State Senator John Watkins (R-10th) announced that he would be stepping down at the end of his term, in January 2016. Just to put this in context, the 10th State Senate district is the strongest Senate district, from a Democratic perspective, currently held by a Republican incumbent. For instance, the 10th went 46%-42% for Terry McAuliffe over Ken Cuccinelli in 2013 and 50%-49% for Barack Obama over Mitt Romney in 2012. So, clearly the 10th district is competitive in high-turnout years.

But what about in an “odd-year,” non-gubernatorial election year like 2015, when turnout is likely to be much lower? Well, that simply makes it even nore crucial for Democrats to nominate a candidate who can/will excite, enthuse, motivate, and otherwise get out our “base.” Also keep in mind that it’s very possible this seat could determine control of the Virginia State Senate in 2016 and beyond, so this will be a high-profile, potentially critical race this year.

Up until now, I’d heard and read about various potential Democratic candidates for Watkins’ seat, but to date nobody had stepped up to the plate. Now, one has – “nonprofit advocate” Emily Francis of Richmond (see her announcement on the “flip”), whose background involves (in her words) working “extensively with organizations advocating on the environment, public health, and consumer rights by supporting public policies that move communities forward while protecting Virginia’s way of life.”

I spoke with former Delegate Al Pollard a little while ago, and he said he’s a huge supporter of Emily Francis. Pollard described Francis as a “strong worker” and “no nonsense,” adding:

I wouldn’t be supporting Emily if I didn’t know she was going to win. Keep in mind that 55% of the Democratic primary electorate is likely to be female, also heavily from Richmond, where Emily lives. Needless to say, the primary electorate will be strongly progressive. Also remember that in 1999, people told me I would lose my race because of my close association with the Sierra Club.

Note that Pollard WON that race 53%-47%, and continued winning many more elections to come. In other words, so much for that theory!

By the way, one of the people I’ve heard talked about for this seat on the Democratic side is Chesterfield Board of Supervisors member Dan Gecker, who last ran as a self-described “independent”. Why did Gecker not run as a Democrat in that race? In Gecker’s own words:

We are in a period where doing what is best for the party is taking precedence over doing what is best for the people. This election should be about problems and solutions, not party labels. Party affiliation tends to carry connotations about what a candidate believes that can be quite misleading and, quite often, completely incorrect…I will work with all people, regardless of party. I will not ask those who contact me what party affiliation they have. All of us on the local level want our taxes lowered, our children educated and safe streets. These issues are not Republican or Democrat.

First off, that should be “Democratic,” not the Republican way of saying it as a supposed insult — “Democrat” as an adjective. Second, it certainly does matter, particularly these days when the Republican Party has gone so far off the right-wing deep end, whether or not you see yourself as a Republican or Democrat. Assuming Gecker runs for the Democratic nomination this time around, we’ll see what he has to say about why he didn’t want to be called a Democrat, and/or didn’t think it mattered one way or the other, in the past. That should be…uh, interesting.

P.S. In that same interview, Gecker was asked, “Who is your political hero?” The answer: “President Reagan.” Ee gads.

RICHMOND – Nonprofit advocate Emily Francis, a Democrat, announced today that she will seek election to the State Senate.

“I’m running for State Senate because the Senate’s actions are out of step with the day-to-day needs of Virginians, and that has to change.” said Francis. “Hundreds of thousands of Virginians are losing access to medical care for no better reason than political posturing. In the meantime, as the politicians jockey for power, they’re still managing to spend millions of our hard-earned  tax dollars subsidizing big coal companies, threatening women’s access to basic health care,  and letting our beloved James River suffer. That’s not the Virginia I know and love. We need to get our priorities straight and we need to do it fast so that we can come together and tackle  these challenges head on.”

Francis, an independent consultant, is well known in Virginia’s nonprofit community and among public policy advocates. She has worked extensively with organizations advocating on the environment, public health, and consumer rights by supporting public policies that move communities forward while protecting Virginia’s way of life.

“People kept asking me to run,” said Francis. “I had never considered running for office before, but as I talk with leaders throughout the district, it’s crystal clear that I’m the right person for the job. Plus Governor McAuliffe needs more friends in the State Senate working to advance opportunities for all Virginians and maintain our AAA bond rating, solidifying our status as a great place to do business.”

Francis, 37, grew up in Joppatowne, Maryland, fishing and boating on the Gunpowder River. She graduated from Rutgers University with a Bachelor of Science degree in Environmental Science, and immediately chose a career dedicated to protecting treasured landscapes, improving public health, and engaging citizens in the democratic process. In 2007 she moved to Richmond to take a job with the Chesapeake Bay Foundation. Francis owns a home in Byrd Park where she lives with her partner, Tim Brown.

Senate District 10 is an open seat, currently held by Republican John Watkins, first elected in 1997, who announced his retirement in November.