(P.S. I should add that Stimpson is wrong on the merits of this issue, as we should very much be taxing fossil fuels, given their massive (and negative) environmenal and health “externalities.” The fact is, gasoline is super cheap in this country, and would cost a LOT more if all those externalities were incorporated into their price. Also, if we ditched all the direct and indirect subsidies for these fuels, they also would cost a lot more. Of course, the Tea Partiers like Stimpson don’t want to talk about any of that…or climate change…or much of anything important. – promoted by lowkell)

This is true to an extent, except that Virginia House Speaker Bill “ALEC” Howell’s Tea Party challenger, Susan Stimpson, ignores: a) U.S. Rep. Bob Goodlatte’s role in preventing the Marketplace Fairness Act from passing, which would have obviated the Virginia gasoline tax increase that takes effect today; and b) the fact that dozens of Republicans voted for the 2013 Virginia transportation bill, and that Republican Gov. Bob McDonnell signed it into law. Still, it’s always fun watching a fellow Republican bash Speaker ALEC, who personifies the clientelist “capture” of our government by corporate interests. 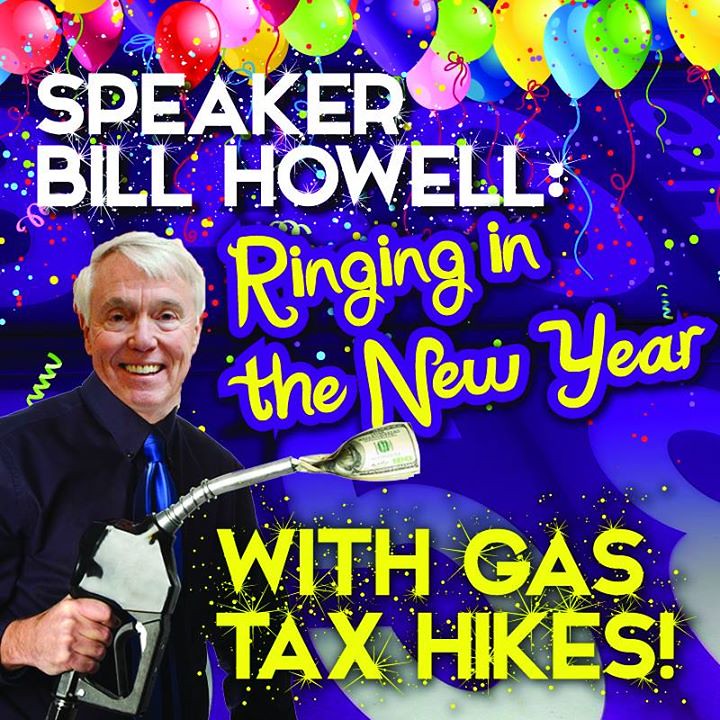