See below for the vote, which just took place. The debate was hilarious, with bat****-crazy Sen. Dick Black arguing that we don’t need this because Virginia is the greatest state in the country, perfect in every way (or something like that – whatever). Even more hilarious was Sen. Chap Petersen talking about how Bacon’s Rebellion (the actual rebellion, not the Virginia political blog run by a climate science denier – lol) in 1676 ended the 17-year goernorship of Sir William Berkeley, appointed by the British monarch. In response, Sen. Saslaw noted that we also used to have “leeches” and “evil spirits,” that we’ve moved beyond those and can also move beyond a one-term governor. LOL Also, Sen. Ebbin sarcastically noted that “the crown is no longer ruling here.” Hahahaha. I really need to get this video. 🙂

P.S. I’d suggest that any State Senator concerned with limiting terms in office to one should start with…their own! LOL 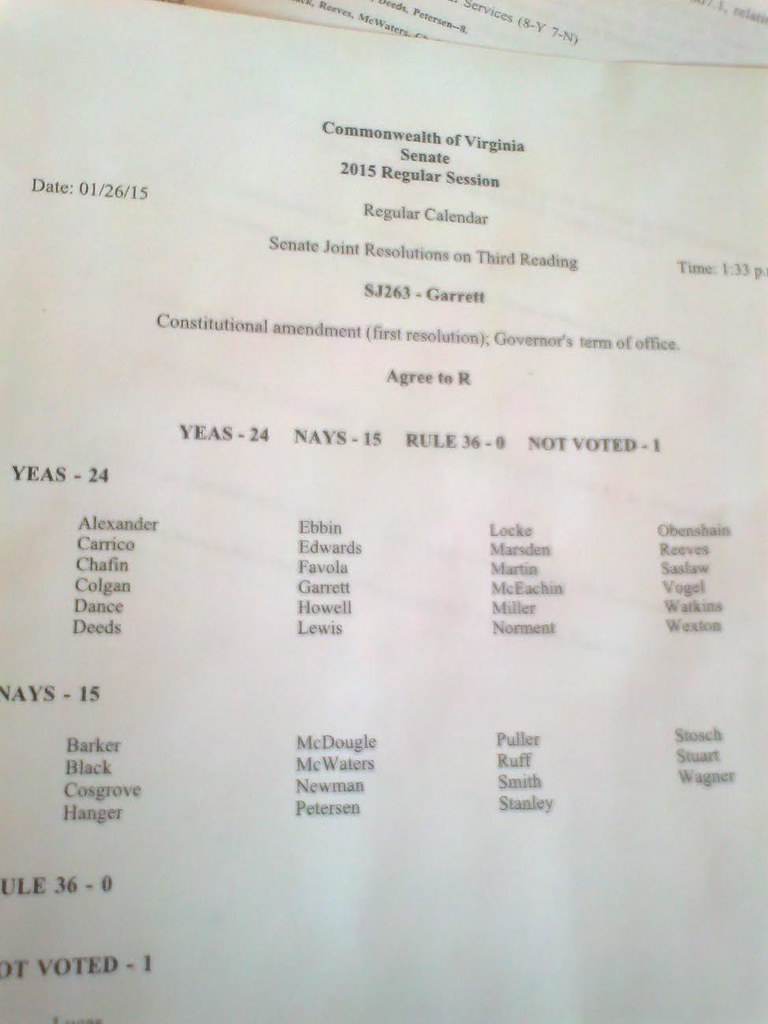