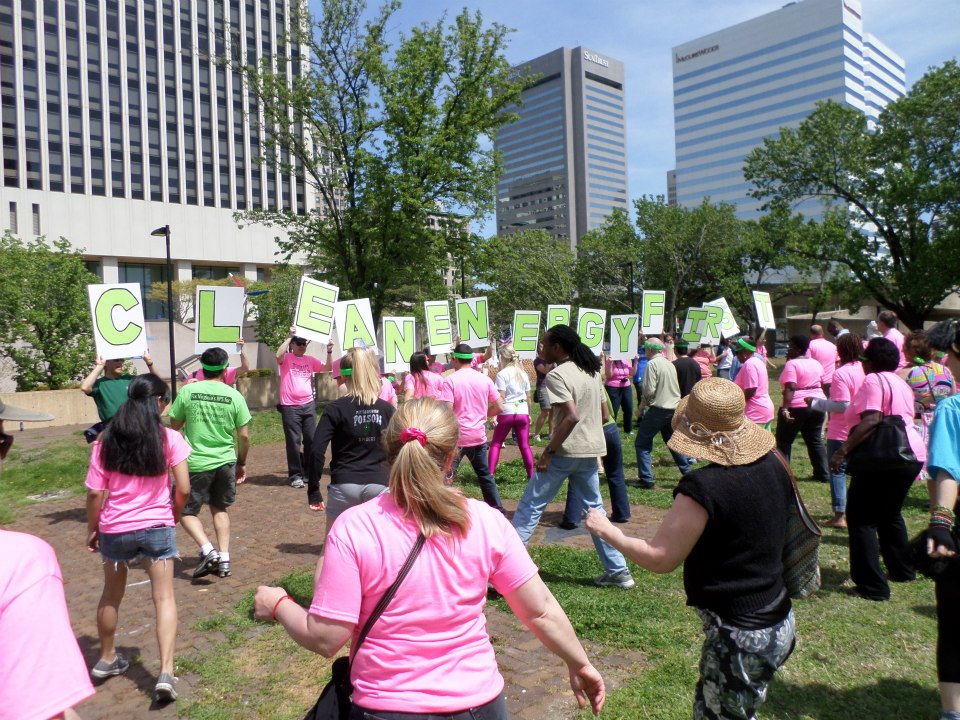 Earlier today, I received Sen. Dick Saslaw’s (D-Dominion Virginia Power) report from “Week 4 of the 2015 General Assembly” (see the “flip” for the part dealing with energy). I was particularly interested in this bought-and-paid-for Dominion Power dude’s take on Sen. Frank Wagner’s SB1349 (“Electric utility regulation; suspension of reviews of earnings”), which passed the State Senate on Friday.

According to Saslaw, the whole thing was in “anticipation of” forthcoming EPA Clean Power Plan rules to reduce carbon pollution. Specifically, Saslaw claims that Dominion will be forced to “absorb $82 million in costs” from the “potential EPA regulations.” That, of course, ignores the fact that energy efficiency (and increasing solar and wind power) is far cheaper than building/maintaining fossil-fuel-fired power plants and infrastructure (e.g., pipelines, transmission lines), let alone super-expensive nuclear power plants.

But be that as it may, what on earth is Saslaw basing his claim that SB 1349 is actually about the EPA’s Clean Power Plan? In fact, according to an op-ed by Virginia Sierra Club Director Glen Besa in today’s Richmond Times-Dispatch, it has nothing to do with it at all.

What does all this have to do with the environment and Sierra Club? The short answer is nothing whatsoever, except that Dominion had to come up with some justification to convince Virginia’s legislators that it should pocket these overcharges, and it invented a real doozy of an excuse: Blame the Environmental Protection Agency.

The problem is that implementation of the Clean Power Plan may actually save us money on our bills if the state does it right and compels Dominion to invest in energy efficiency. Cutting energy waste, after all, saves money. Ordinarily, ratepayers would see the benefit in lower bills. But if Dominion succeeds in this rate freeze, it will rack up years of overcharges, unchecked by the SCC’s oversight and authority to order refunds.

Besides allowing us to get ripped off by Dominion, if legislators go for this Dominion deal they won’t even know how much it cost (or saved) to reduce carbon pollution over the next six years. Dominion’s financials, its revenues and expenses, would be in a black box. Dominion might tell us how expensive it was to reduce carbon pollution, but no one could look at their books to confirm their accounting.

Kinda gives you a warm-and-fuzzy feeling, huh? Yeah, I know, more like you feel like you need a long, hot shower to wash away the rotten stench of corruption.

Anyway, the bottom line question is this: Who would you trust: a) the leader of a non-profit group (the Virginia Sierra Club) dedicated 100% to protecting our enviroment; or b) a State Senator who thinks ethics is a big joke, and who has received $240,508 from Dominion over the years, plus hundreds of thousands of dollars more from fossil fuel interests? I know, tough choice (snark).

Compromise on Key Energy Bill: Soon the Environmental Protection Agency (EPA) will issue final guidelines for each state to reduce carbon emissions, including energy sources like coal-fire plants.  In anticipation of these new regulations, SB 1349 was introduced. For several weeks the bill was worked on by many stakeholders to get a balanced, thoughtful compromise which I supported. With the League of Conservation Voters and the Southern Environmental Law Center supporting this measure, I believe this is the best option for Virginia families as well as the long-term interest of the Commonwealth. I believe this bill will help us to maintain our affordable energy advantage.

While there may be some changes due to fuel costs, the base rate will remain the same.

-In the next five years, the residential base rate for households with Dominion Power will drop to $109.49 per 1,000 kilowatt hours.

Audits by the State Corporation Commission (SCC) will remain in place and there will be a biennial oversight review of Dominion.

This legislation will increase the use of renewable energies in Virginia, particularly solar power. Dominion will acquire or generate up to 500 megawatts of solar power by 2020.

In order to comply with the potential EPA regulations, Dominion will absorb $82 million in costs that will NOT be passed on to consumers. The company will also take on any additional costs that may arise from natural disasters (hurricanes, snow storms, etc.).