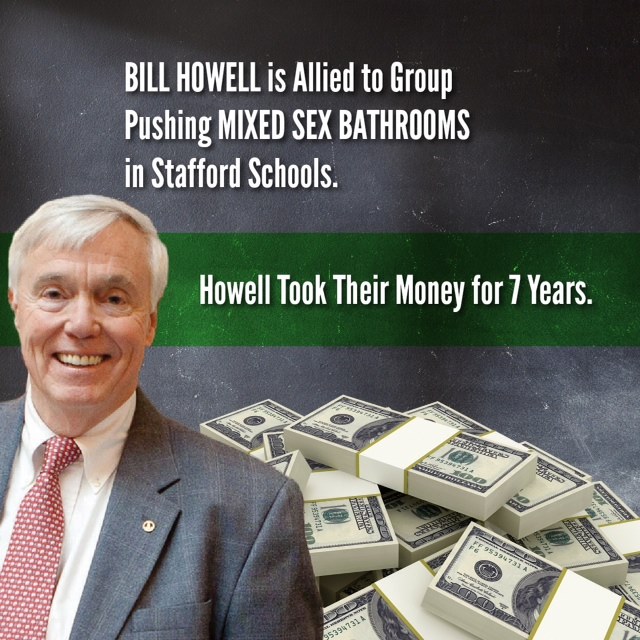 The following screed (see blockquote below), by Tea Partier Susan Stimpson (running against House Speaker and corporate/polluter shill Bill “ALEC” Howell for Virginia House of Delegates) is not just ugly and bigoted, it’s also flat-out wrong on two major points, demagogic on another. First, Stimpson is flat-out wrong in her claim that Equality Virginia is a “liberal interest groups.” In fact, there IS a Democratic LGBT equality group in Virginia, known as the LGBT Democrats of Virginia (formerly called the “Virginia Partisans”). At least when it comes to that group, Stimpson could have semi-plausibly claimed that they are a “liberal interest group,” although how fighting for EQUAL rights is an “interest group” is a bit beyond me. As for Equality Virginia, that is a NON-partisan group, a ” 501(c)(3) charitable organization” which “believes in a truly inclusive Commonwealth where all are equally welcomed and valued, regardless of sexual orientation or gender identity.” I know, that’s soooo radical — equality for every Virginian and every American, per our Constitution. Yet Teahadist Susan Stimpson attacks this group for pushing an “extreme, liberal social agenda in our schools.” WTF?

Oh, and what is that supposedly “extreme, liberal social agenda?” For more on that, see Video: Courageous Stafford County Parent Gives Impassioned Plea for Respect of Transgender Student. Oh, and by the way, Stimpson is being demagogic when she claims that Equality Virginia is pushing for “mixed-sex bathrooms.” In fact, we’re talking about one student, a fourth grader who is transgender and who identifies as a girl. That’s it for the “mixed-sex bathrooms.” Now, back to Stimpson’s pathetic, disgraceful attempt to ratchet up the hysteria and do whatever she can to win an election.

P.S. Stimpson is also wrong/misleading that Equality Virginia is “allied” in any way to Bill Howell. True, they donated money to Howell’s PAC, for what reason I’ll never understand, but the last time they did that was back in 2012, and that certainly doesn’t make them “allies.” Whatever.

The group pushing mixed-gender bathrooms in our schools gave money to Bill Howell for 7 years in a row. Yes, it’s true.

Instead of standing on principle and sending the money back, Howell was more than content to keep cashing the checks.

Predictably, a liberal special interest group, Equality Virginia, wasted no time in lobbying our School Board to accept its extreme, liberal social agenda in our schools.

On Tuesday night, common sense prevailed when the Stafford County School Board stood with local parents to protect our children from mixed-sex bathrooms in elementary schools.

Equality Virginia needs to stop trying to exploit our children to advance their liberal agenda and respect the wishes of local parents who are understandably concerned about boys in the girls’ room.

I hope Delegate Bill Howell will tell his friends at Equality Virginia to stay out of Stafford County’s schools and leave decisions that impact the welfare of our children to parents, teachers and the school board.

I’m calling on Bill Howell to stand with Virginia’s families by returning every last dime of the campaign contributions he’s taken from Equality Virginia.

I urge conservatives to contact Bill and ask him to give the money back: