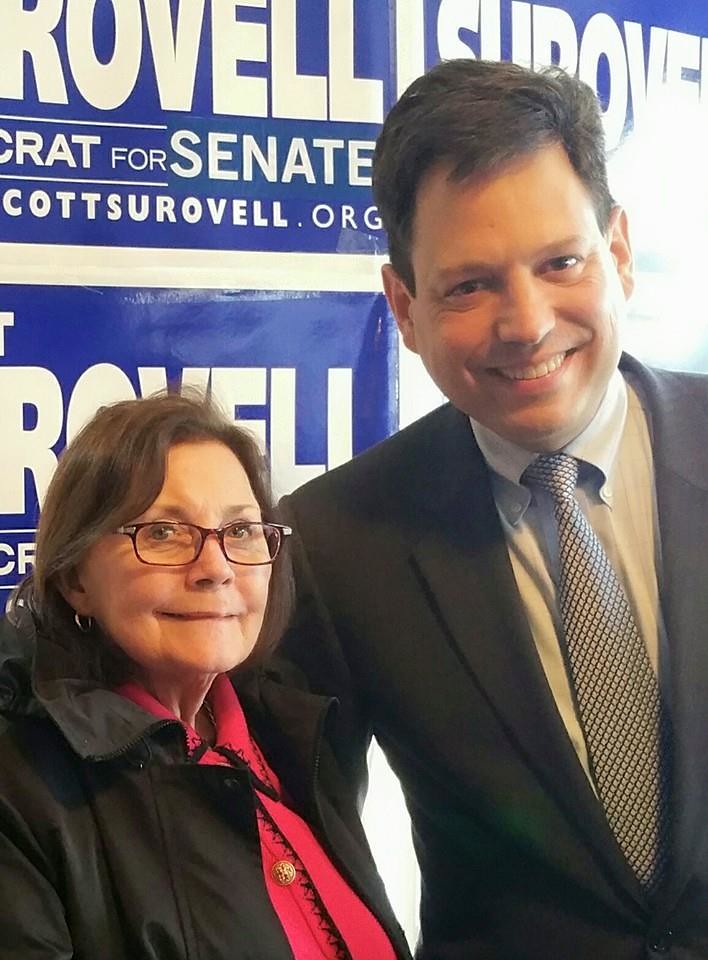 I just got back from the kickoff for Scott Surovell for State Senate in Woodbridge. I’d say there were at least 100 people there, including a large number of Democratic candidates (e.g., Joana Garcia and Paul Krizek for House of Delegates; Atif Qarni for State Senate; Justin Wilk for Prince William County School Board, Earnie Porta and Rick Smith for Prince William County Board of Supervisors, etc.) and elected officials (e.g., Senators Dave Marsden, Chap Petersen Toddy Puller and Jennifer Wexton; Delegates Patrick Hope, David Bulova, Marcus Simon, Alfonso Lopez). I shot video of the speeches, which I’ll post here and in the comments section of this post as soon as they’re uploaded to YouTube. Enjoy!

P.P.S. In his speech, Surovell thanked Sen. Puller for her great work over the years, including for veterans and for the Route 1 corridor. Surovell stressed several main things he’ll fight hard for in the State Senate: 1) revitalizing and redeveloping the Route 1 corridor, also extending both the Yellow and Blue Metro lines; 2) strengthening and investing in public education; 3) promoting economic fairness and social justice; 4) expanding Medicaid (“there are 32,000 people in the 36th district…currently getting their healthcare from Medicaid”); 5) putting “predatory” payday and car title lenders out of business; and 6) promoting clean energy and environmental protection (e.g., storm water management) in general. Finally, Surovell stressed the importance of helping other good Democrats get elected through a “broad, coordinated campaign,” as well as continuing to build the party and the grassroots through the district.