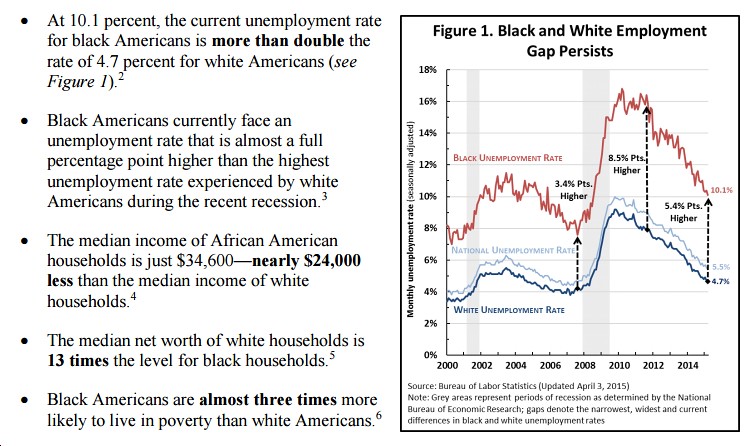 “This report documents persistent economic barriers African Americans face, even as the rest of the country recovers from the worst financial downturn since the Great Depression,” said Rep. Beyer “If we are to meet the challenge of the promise of equality in America we need to address these inequities in employment, income, wealth, housing and education through policies designed for inclusive prosperity. In our commitment to a new American economy, to inclusive prosperity that lifts up all Americans, let us be ever mindful of the decisions we make that can change the economic condition of black Americans for generations to come.”

Included in the report’s key findings:

·       The median net worth of white households is 13 times the level for black households.

·       At 10.1 percent, the current unemployment rate for black Americans is double the rate for white Americans.