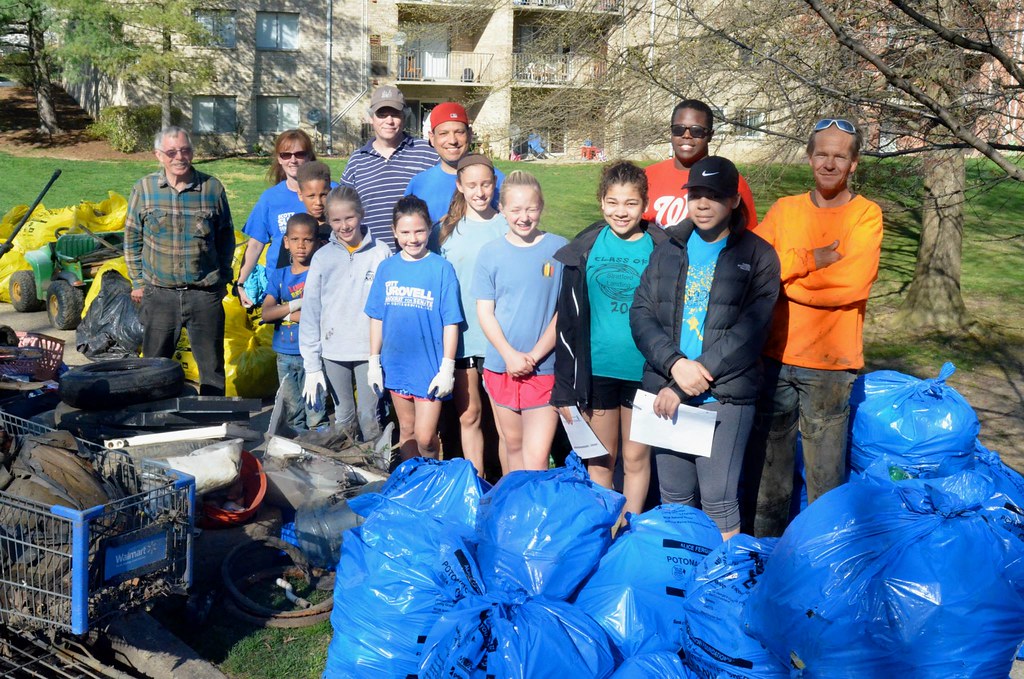 Great work by Del. Scott Surovell, who hopefully will soon be State SENATOR Scott Surovell. Clearly, though, as Surovell understands, we need a lot more education, enforcement, and stronger laws to stop our streams, rivers, etc. from being polluted in the first place!

The cleanup netted around 8,500 pounds of trash including:

Shopping carts were from Costco, Wal-Mart, Shoppers Food Warehouse and Rite Aid. There were also other large obstructions including furniture deeply embedded in the creek that caused major buildups, which impaired water flow.

Many of the shopping carts were deeply embedded in the creek and pinned under trees or entangled in roots.  Thanks to the help of Robert O’Hanlon’s tree service, Delegate Surovell and volunteers with were able to extract 5 shopping carts, removing over 186 shopping carts total over the past three years.

“Little Hunting Creek continues to be the trashiest creek in Fairfax County and perhaps in Northern Virginia,” said Delegate Scott Surovell.  “I hope that these cleanups will help to raise awareness of this problem in the surrounding community, but long term, Little Hunting Creek is in desperate need of litter enforcement and community education.”

The Friends of Little Hunting Creek President, Betsy Martin said, "Thank goodness Scott is helping us remove the trash and calling attention to the litter problem.  Little Hunting Creek looks better every year, but unfortunately the trash just keeps on coming.  After doing this every year for the past 13 years, I wish the litterers would stop littering, and put me out of the job of organizing cleanups."