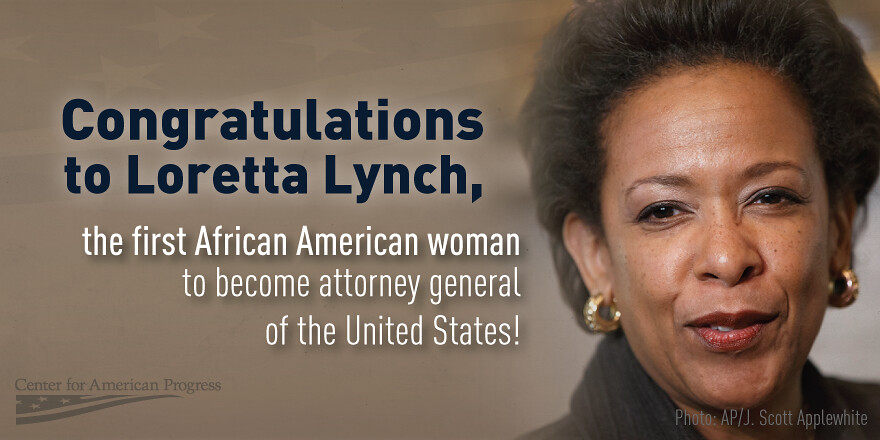 From Sen. Tim Kaine’s office; congratulations and good luck to new U.S. Attorney General Loretta Lynch! As for the absurd delays in confirming this highly qualified nominee by the right-wing Republican-controlled U.S. Senate, the only remedy is clear: Democrats need to take back the Senate in 2016!

In confirming Loretta Lynch as our next Attorney General, the Senate has chosen a distinguished legal mind and experienced public servant to lead the Department of Justice. Throughout her career, Lynch has developed a reputation for her integrity and trusted leadership, which will serve the nation well as she addresses recent tensions between law enforcement and communities across the country. While it is unacceptable that is has taken the Senate 166 days to act on such a well-qualified and highly-regarded nominee, I am proud that we have finally confirmed Loretta Lynch, and I am confident that she will work hard to ensure justice for all Americans.