Interesting move by the Emily Francis for State Senate campaign, going after both Dan “political hero is Ronald Reagan” Gecker and Alex McMurtrie in the following paid mailer (click to “embiggen”) she just sent out. The question is, in a three-way Democratic primary, how the dynamics will play out? Personally, I’m assuming that the other two candidates – Gecker and McMurtrie – will end up going after each other hard by the end of this campaign, especially given that they have gobs of money (which Francis certainly does not).  If so, then a possible path to victory for the Francis campaign would be along the lines of what happened in the 2009 gubernatorial primary, where the well-funded McAuliffe and Moran campaigns pounded the crap out of each other, while the underfunded Deeds stayed “positive,” and took advantage in the closing weeks. Anyway, we’ll see how this one plays out…stay tuned!

P.S. On another note related to this campaign, HUGE media #FAIL with their utter lack of coverage of the 10th Senate district debate held earlier this week. Simply appalling on the part of the media, which is completely failing in its most basic job in this case. 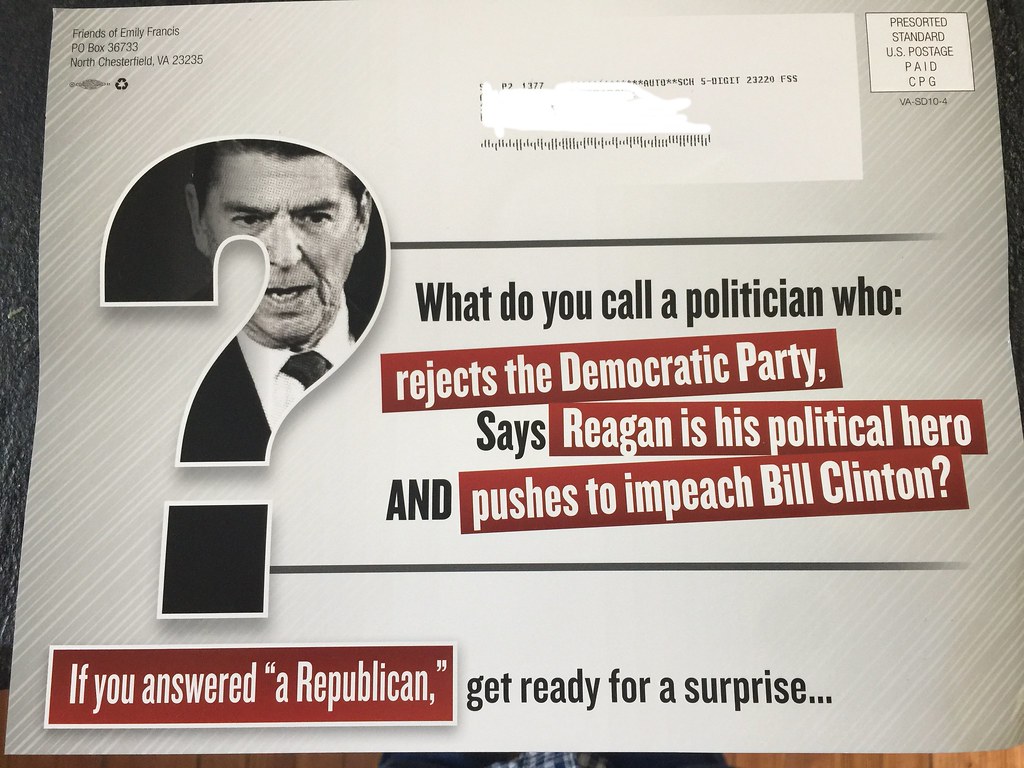 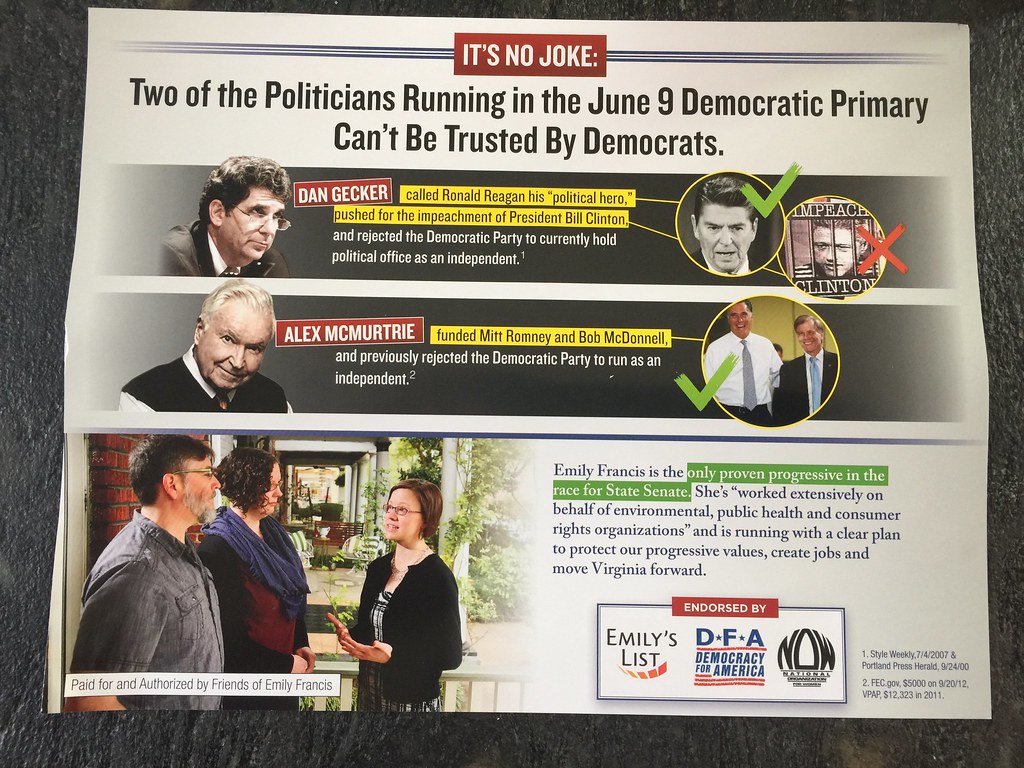