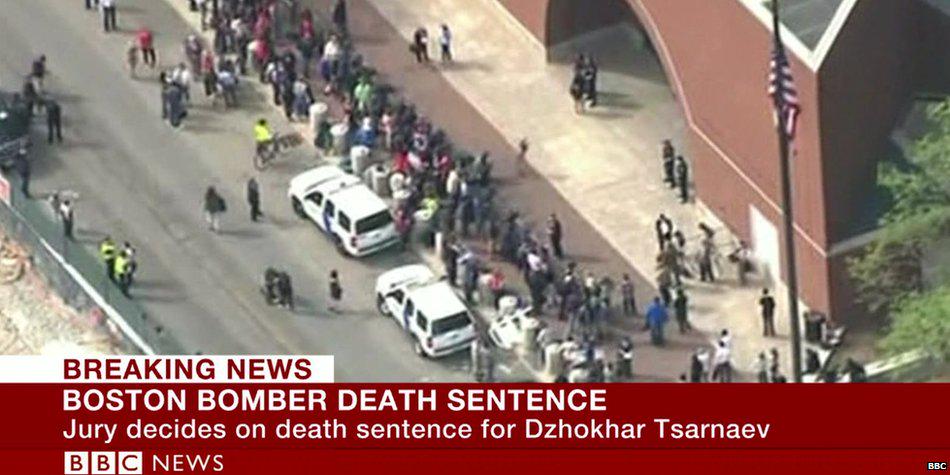 First off, let me just say that I despise what Dzhokhar Tsarnaev did – the tremendous damage and pain he (and his evil brother) caused, the innocent lives he took and/or severely harmed, etc. There’s no excuse for any of it whatsoever, and society is 100% correct to make sure he never harms anyone again. Having said that, I have serious problems with the death penalty, and also a bunch of questions about why people support it. Here are five that spring to mind.

1. Many on the political right say they are “pro life,” yet they simultaneously support the death penalty. How, if at all, can they logically reconcile that? Got me, other than they are really against a woman’s right to choose whether or not to carry a pregnancy to term, and that this has very little to do with being “pro life” in any blanket sense.

2. Many/most on the political right (including some “libertarians”) say they don’t trust the government to do much of anything, yet a lot of them appear to be fine with giving the government the ultimate power of life and death. Again: how, if at all, can they logically reconcile that? Again, got me.

3. What is worse, life in Supermax hell or a quick, painless (that is, if the execution drugs or electric chair works properly) death? Clearly, the former, by all accounts I’ve read or otherwise heard of. So then why wouldn’t people interested in vengeance favor the former over the latter for the Tsarnaevs of the world? Seems like they’d suffer worse there, so wouldn’t that be “better” from a vengeance standpoint? Just sayin’…

4. Most on the political right want the government to spend less, so then why do they support capital punishment, when it costs more than life in prison? Hmmmm.

5. Given zero evidence that the death penalty is a deterrent to crime, plus the fact that it costs more, is applied inconsistently and in a racially biased manner, etc, etc., what’s the public policy argument for using it? Got me.